This photo of a woman who survived breast cancer and is now pregnant is stirring emotions on Facebook.

A photo of this woman’s body is probably worth more than a thousand words.

It tells a story of both hardship and joy—she’s missing her right breast, clearly the result of a mastectomy to treat cancer. And yet she’s pregnant and smiling.

There’s a Portuguese message scrawled across her body that tells where she’s been and where she is now: “Tive cancer de mama e hoje eu tenho o theo”—according to Google translate, “I used to have cancer, but now I have Theo.”

Tens of thousands of Facebook users are sharing the photo, and more than 300,000 like it. Unfortunately, that the photo being spread so widely means many comments are less than encouraging.

In addition to theists and atheists engaging in a lengthy argument over whether the woman should be thanking her doctors or God, a number of users decided to insult the woman.

“you’re really pathetic if you have to use cancer to get some likes on fb. ignorant little shit,” wrote Selena Rodriguez.

But some were simply taken with the photo. 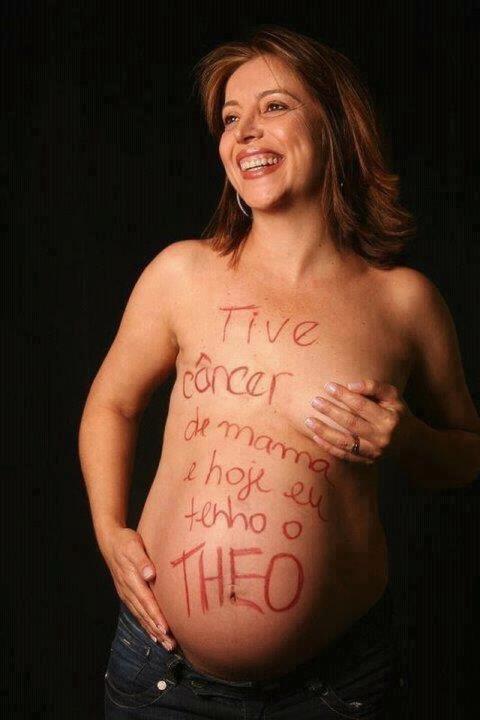