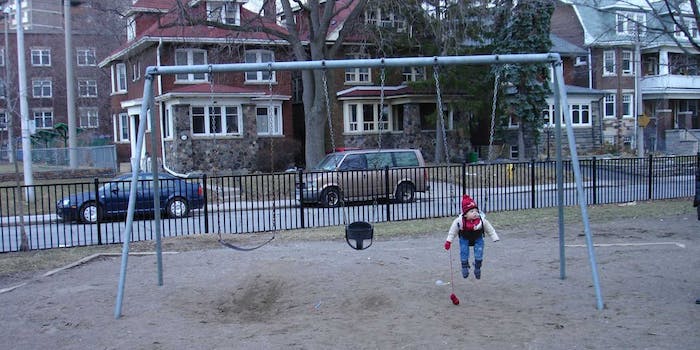 Science confirms your friends are hotter, smarter, better than you

It's not "Fear Of Missing Out," it's "Fear Of Not Being As Good As Anyone Else Ever At Anything."

A billion dollars isn’t cool. You know what’s cool? Dying alone, paralyzed by the knowledge that nothing you’ve ever done has made a lasting impact on the world, that for all your striving and struggling your existence amounted to nothing more than a mote of dust crushed beneath the bootheel of a meaningless and chaotic universe. Life is nothing more than a brief, choked cry for help. And then? Silence.

To that point, French and Finnish researchers Young-Ho Eom and Hang-Hyun Jo have some depressing news for us. The researches have been studying the so-called “friendship paradox,” which states that “your friends have on average more friends than you have.” They’ve published a paper theorizing that paradox can be generalized into what they call — wait for it — the Generalized Friendship Paradox. This is the perception that everyone around you is, in a very general way, better off than you are: happier, wealthier, smarter, better-looking, having more sex, etc.

That makes my brain sleepy, but I think I get it.

But here’s the crazy thing about this paradox in both its limited and its generalized forms: according to the math, at least, it’s not just a perception! On average, this should empirically be true! No matter how good you are feeling about your life and your accomplishments, somebody is always doing better. Ha ha! Capitalism! Weep, friends, and get back to work.

As a social phenomenon this paradox pre-dates Facebook and is one of several to be reified by the social Web—the obvious question, then, is just how much does a site like Facebook rely upon the amplification of this paradox? If everyone had higher self-esteem, would anyone be on Facebook? Just how much is Facebook’s ubiquity driven by some kind of masochistic drive to remind ourselves of our own inadequacies?

Then again, when I asked some friends over Gchat whether they felt the anxiety of the Generalized Friendship Paradox at work in their cyber lives, none of them — three, so not exactly scientific — seemed to recognize the feeling.

“I think I felt the urge to compare myself or feel inferior to Facebook friends more intensely in college,” Kat O’Hara, wrote. Kat works in media production in San Francisco. “Now, everybody is in such different places in life that it’s sort of apples and oranges. Most everybody I know who’s close enough in age to me is struggling right now, post-grad, so there’s not much to feel inferior over.

“The only person who really makes me feel sickeningly unglam when I look at their Instagram is Beyonce,” wrote Carmen Johns, a student at Oberlin College. “But, like, duh.”