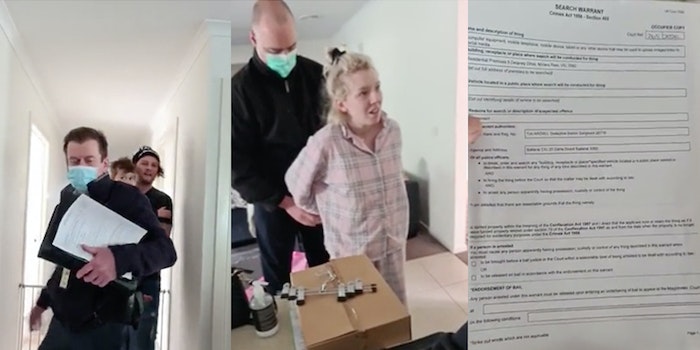 A live video shared to Facebook on Wednesday shows a pregnant Australian woman arrested in her home in response to an anti-lockdown protest event that she had privately posted. In the video, Victorian police are seen confiscating several recording devices from the home, including computers and the phone on which the video was captured.