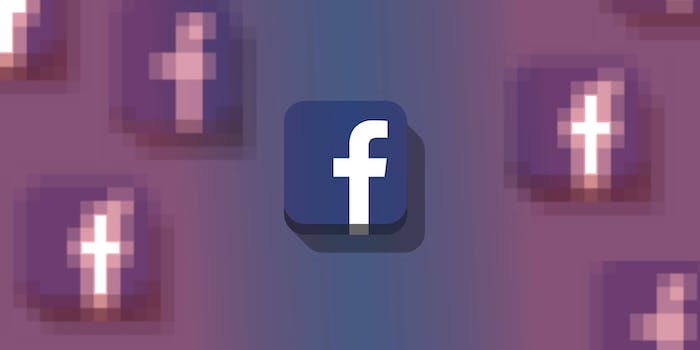 One year after Facebook tightened its rules on sexual content, the company is further clamping down on “sexual solicitation.” Recently updated guidelines ban solicitation involving “sexual emojis or emoji strings” and nudity “covered by human parts,” among other changes.

The new policy, which was added silently over the fall, significantly impacts adult content creators and sex workers.

XBIZ reports that Facebook quietly revised its Sexual Solicitation Community Standards between Sept. 7 and Oct. 24. As of this month, Facebook’s Community Standards now outline two criteria for defining sexual solicitation. First, a user must “implicitly or indirectly” offer some form of sexual communication, be it “nude imagery,” sex, or “sex chat conversations.”

Additionally, the content must possess some form of “sexually suggestive elements.” That includes, among other things, “contextually specific and commonly sexual emojis or emoji strings.” Other suggestive material includes:

The new rules mean sex workers, for example, can no longer post nude photos censored with pasties, emoji, or their hands covering their bare breasts. The guidelines also have implications for the LGBTQ community: Users in queer cruising groups can no longer publish suggestive images with emoji over their genitals.

“Content must meet Criteria 1 (offer or ask) and be implicitly or indirectly offering or asking for sexual solicitation in order to be deemed violating,” Facebook notes. “For example, if content is a hand-drawn image depicting sexual activity but does not ask or offer sexual solicitation, it is not violating.”

Digital sexual material without visible sexual activity is allowed, as is “satirical or humorous” content, material shared in an “educational or scientific context,” and imagery with “only body shapes or contours.”

A Facebook spokesperson told the Daily Dot that the rules added to the Community Standards had already been implemented.

Facebook’s Community Standards govern material across Facebook’s subsidiary products Instagram and Messenger, the company told the Daily Dot. For sex workers, it’s just another sign that the biggest social media company on the planet is bent on keeping them out.