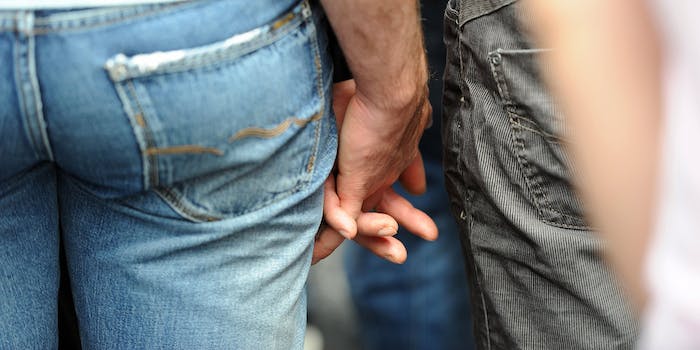 And you thought your aunt's requests to play Candy Crush was bad.

There’s a Facebook for everyone under the sun: children, swingers, even dogs. So it follows that there’d be a Facebook for people who share perhaps the single most taboo sexual fetish of all: the desire to have sex with immediate family members.

That’s the premise of Family4Love, a members-only social network that takes the concept of family bonding to the next level. According to a recent Vice article on the website (warning: the piece is worth reading in full, but it’s extremely graphic and NSFW), Family4Love boasts approximately 3,500 active members, all of whom either fantasize about or actively engage in incest. The site features user-submitted photos of (often underage) family members, as well as blog posts detailing incestuous encounters during family vacations. (Spoiler alert: They don’t involve a trip to Disney World.)

Although incest laws vary state by state—some states, for instance, prohibit sex between first cousins, while others do not—sex between immediate relatives is illegal in some form throughout the country. But according to one Family4Love member, most of the website’s users don’t think of their incestuous activities as abuse, nor do they view sex between relatives as non-consensual. They consider Family4Love as a forum to bond with others over their shared taboo desire. From Vice:

To Ian, Family4Love is more than a hookup site or a hangout for child abusers. It’s a shelter for people who harbor a sexual fetish so taboo that to admit it to others is to risk almost certain social censure—and disgust.

“I would say the awesomest thing about being here is that, having a really intense, secret fetish I’m not out about in the world, this is the first time I’ve ever had friends who feel the same way,” he says.

Family4Love is not the only incest forum (NSFW) on the Web, and they all operate in something of a legal grey area. For instance, while descriptions of child pornography and users under the age of 18 are banned from Family4Love, innuendo referencing sex with teenagers or children is rampant on the site.

The existence of forum like Family4Love raises the question: While most people get squeamish when they get so much as a peck on a cheek from an immediate relative, where, exactly, does the desire to have sex with immediate family members come from? Debra Lieberman, an incest researcher at the University of Miami, says that while the fetish likely has biological roots, it’s relatively rare: people who actually engage in incest, she says, “are the exception, not the rule” when it comes to human sexual behavior.

While the aversion to having sex with a sibling or parent or even cousin is likely firmly encoded in our DNA, that’s not to say that lots of people haven’t fantasized about it, either consciously or subconsciously.