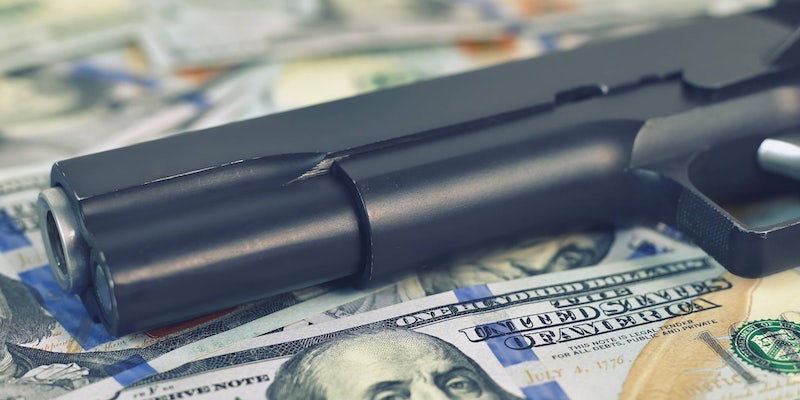 Facebook user says he was suspended for reporting gun sales

Even though individual gun sales are against Facebook's Community Standards.

According to Facebook’s Community Standards, it prohibits “any attempts by private individuals to purchase, sell, or trade prescription drugs, marijuana, firearms or ammunition.” And yet, multiple users are claiming that, when they’ve reported private individuals posting guns for sale, Facebook says it’s not a violation.

Mike Monteiro tweeted about the issue on July 4, saying he was suspended from Facebook for reporting these violations to the platform.

He and others appeared to have successfully campaigned for a number of gun-sale and swap groups to be removed from Facebook. However, he says Facebook found that others did not violate its rules, even though they all seemed to be private individuals or groups offering guns and ammunition for sale or trade.

“I’ve reported a few hundred pages. But there are people up there in the thousands,” Monteiro told the Daily Dot. “They’re amazing. I’ve flagged posts, photos, groups, companies.”

Monteiro said Facebook has now suspended his account three times, and for a short time banned him from flagging posts. “We’re all experiencing the same thing. Those reports get funneled to a team of people. There seems to be a large amount of bias going on,” he said.

@monteiro just got blocked for a day after reporting only four pages. New tactic I suppose.

Facebook updated its Community Guidelines to prohibit gun sales in January. “The social network, with 1.6 billion monthly visitors, had become one of the world’s largest marketplaces for guns and was increasingly evolving into an e-commerce site where it could facilitate transactions of goods,” wrote the New York Times. However, according to Forbes, Facebook Director of Engineering Chuck Rossi is a gun enthusiast, and “has harnessed his technical expertise and internal connections to help gun groups get reinstated after they were shut down for violating Facebook’s new ban on gun sales.”

Many people are also using workarounds to hide their sales from Facebook. “For example, people will post a photo of a soda can next to a rifle and then claim they’re selling the soda can for $750,” said Monteiro, by not using words like “gun” or “rifle” in the post, or by posting in groups that don’t explicitly specialize in guns.

apparently all you have to do is call them "bang bangs" instead of guns and you're just fine pic.twitter.com/D8UXhOl104 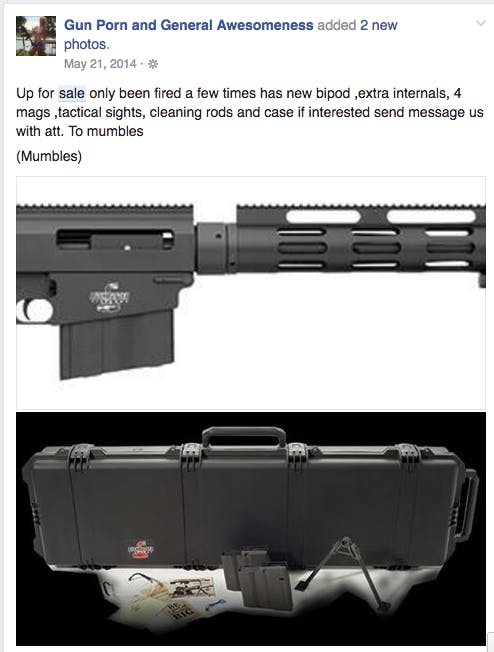 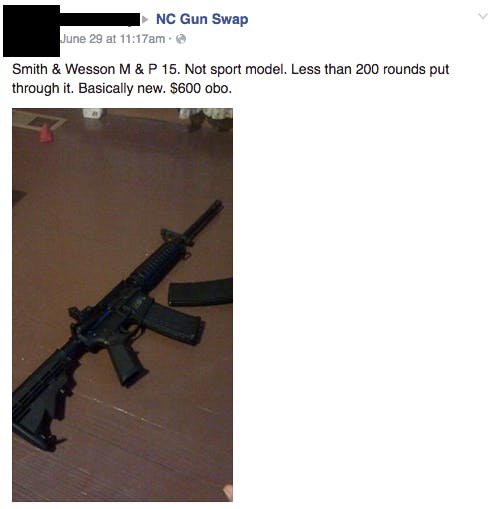 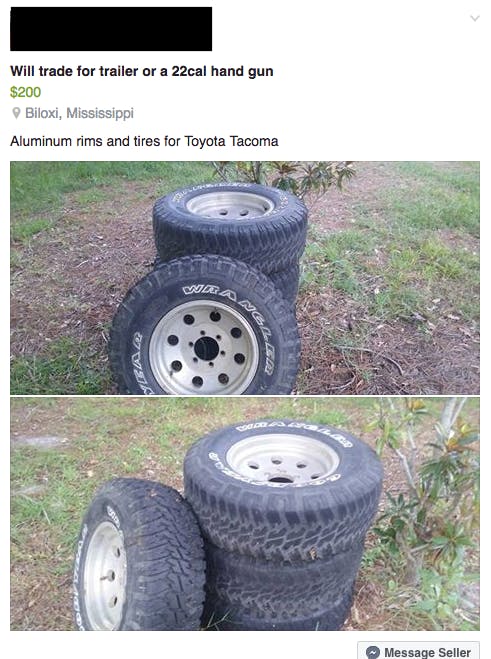 The Daily Dot has reached out to Facebook about the issue, but has not heard back as of this posting. Aside from the workarounds, the Community Guidelines only prohibit attempts by “private individuals.” It’s likely that some of Poston’s flagging didn’t work because she flagged pages like GunBroker.com and Gun Bed, a product sold by the company itself, not an individual. Even if they’re reported, gun stores and online retailers can list their sales on their Facebook pages.