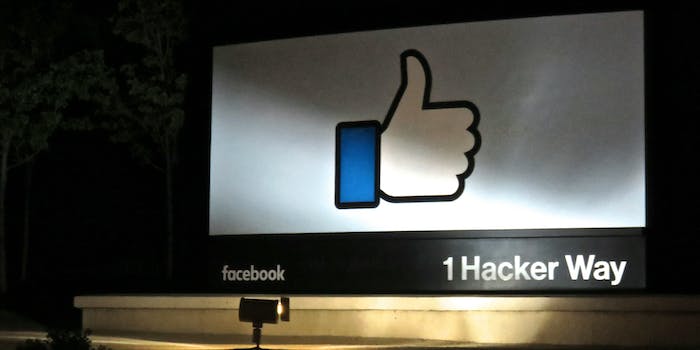 Facebook lets coworkers ask each other out—but only once

It's an attempt to combat harassment.

Facebook allows their employees to ask out coworkers, but they have to take no for an answer, according to a new report from the Wall Street Journal.

“Employees are only allowed to ask a co-worker out once,” the Journal reports. “If they are turned down, they don’t get to ask again. Ambiguous answers such as ‘I’m busy’ or ‘I can’t that night’ count as a ‘no,’ said Heidi Swartz, Facebook’s global head of employment law.”

While initial reports from both the Journal and the Cut have said Google also operates on the same policy in attempt to combat sexual harassment, Gizmodo has since disputed the claim, pointing out that a Google spokesperson said “there was no formal rule about how many times an employee can ask a coworker out at the company.” That said, Google developed an official company dating policy nearly a decade and a half ago, requesting employees to avoid entering romantic relationships in which conflicts of interest and power imbalances are present.

“If a romantic relationship does create an actual or apparent conflict, it may require changes to work arrangements or even the termination of employment of either or both individuals involved,” Gizmodo reports from the official Google code of conduct.

Reports on dating policies follow a wave of harassment, abuse, discrimination, and assault allegations within the tech industry, inspired by the #MeToo movement.