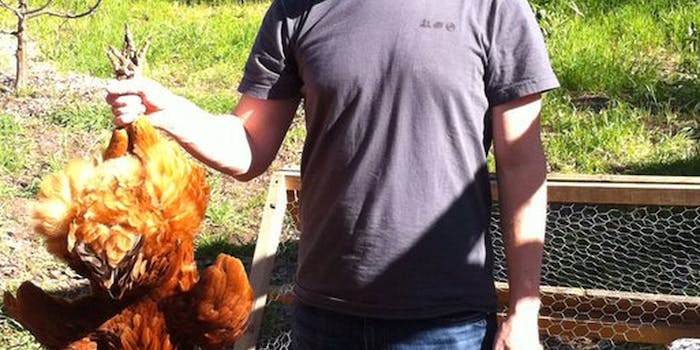 Facebook quickly fixed a flaw that allowed users to see private photos of strangers—but not before photos from Mark Zuckerberg's album leaked.

If you wanted to judge your ex’s new partner on Facebook, you just missed your chance. The social networking site just patched a flaw that let users see private photos of people you are not friends with—one of many such flaws that have haunted the social network over the years.

The report feature would then allow you to select more of the user’s photos from a gallery that would pop up.

By the time we tested this in the Daily Dot Labs on a random person we reported to Facebook (sorry Lindsay!), the website had already eliminated the option of “selecting additional photos to include in your report.”

The flaw even allowed someone to find Facebook founder Mark Zuckerberg’s private photo album of him living a seemingly boring life that involves killing a hen and snuggling with his dog. The photo album, posted on image-sharing site Imgur, has more than 67,000 views.

This isn’t the first time an eagle-eyed Facebook user found a bug in the site’s photo capabilities. In March, an Australian journalist was arrested for testing a reported security flaw and gaining access to private photos. And in 2008, a Canadian technician found people’s photos by manipulating Web addresses—resulting in, yes, another leak of Zuckerberg’s boring photos.