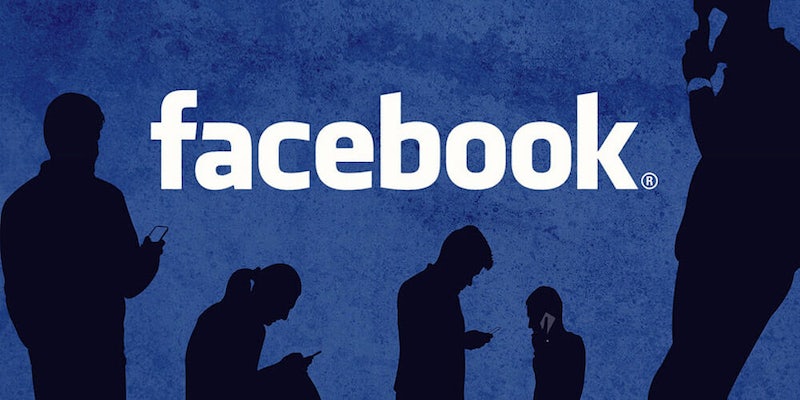 One moderator even died on the job.

Contractors who moderated content for Facebook are speaking out about brutal working conditions–and even breaking their non-disclosure agreements to do so, the Verge reports.

A dozen current and former employees of Cognizant, a Florida-based company that enforces Facebook’s community standards, have detailed not only issues within their workplace but also the mental trauma caused by viewing countless hours of graphic content.

Cognizant received a $200 million contract from Facebook to moderate content for two years. Employees make as little as $28,800 a year and are often diagnosed with post-traumatic stress disorder due to daily exposure to videos depicting everything from children being murdered to animals being tortured.

Keith Utley, a 42-year-old employee, died after having a heart attack at his desk.

“The stress they put on him—it’s unworldly,” one of his coworkers said. “I did a lot of coaching. I spent some time talking with him about things he was having issues seeing. And he was always worried about getting fired.”

Employees only learned of his death after his father arrived to collect his belongings.

“Everyone at leadership was telling people he was fine—’Oh, he’ll be okay,'” one co-worker said. “They wanted to play it down. I think they were worried about people quitting with the emotional impact it would have.”

Facebook told the Daily Dot that it was aware of Utley’s passing and emphasized its support for contracted workers.

“Our thoughts go out to Keith Utley’s family, friends and everyone who worked with him,” a Facebook spokesperson said. “We go to great lengths to support the people that do this important work, and take any workplace concerns very seriously.”

Cognizant workers allege that “pubic hair and other bodily waste” were found on a regular basis at their workstations. Cases of sexual harassment and violent threats were also reportedly ignored by the company’s higher-ups. In an attempt to cope with the job, many employees said alcohol and marijuana were regularly consumed in the parking lot.

Although many of those speaking out have chosen to remain anonymous, given that all employees were required to sign non-disclosure agreements, three employees opted to discuss their experiences on the record.

Shawn Speagle, who was 23 years old when he was first offered a job at Cognizant, said he was initially told that he would be helping businesses analyze their engagement on Facebook. It wasn’t until after he was hired that he discovered he would instead be moderating content.

Speagle, who has a history of anxiety and depression, said the company never attempted to learn whether he was mentally fit for the role.

Speagle was repeatedly subjected to watching a video of an iguana being tortured and killed by two teenage boys. Yet, Speagle said the video was never removed from the platform.

Another former employee, identified only as Marcus, said he thought he was desensitized to violence because of his military career. “A video of a man slaughtering puppies with a baseball bat” caused to him to break down on his lunch break.

Melynda Johnson, another former employee, shared similar experiences and also recalled how the only bathroom at Cognizant was regularly covered in blood and feces.

A former employee referred to as Lola also reported how she was forced to work while sick, given that the company did not provide sick leave and only allotted employees several bathroom breaks per day. A manager reportedly brought her a trash can to vomit in while at her desk instead of sending her home.

Other incidents involved managers mocking a female employee whose colostomy bag ruptured and an employee who was never removed after threatening to “shoot up the building.”

Facebook told the Daily Dot that it takes action when necessary to ensure the wellbeing of its contracted workforce. The company said it recently hired someone to help address problems facing the social media company’s contractors.

“We work with our content review partners to provide a level of support and compensation that leads the industry,” a Facebook spokesperson said. There will inevitably be employee challenges or dissatisfaction that call our commitment to this work and our partners’ employees into question. When the circumstances warrant action on the part of management, we make sure it happens.”

Facebook also said that it is working to better screen contractors and offer emotional and mental support to those in need.

The Daily Dot has reached out to Cognizant.