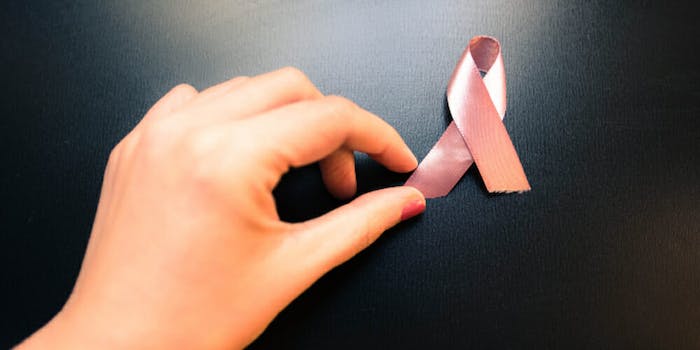 The advertisements show topless breast cancer survivors covering their chests with different baked goods. The campaign was accused by the social media company of violating its nudity rules.

The campaign is part of an annual effort led by the Breast Cancer Network Australia (BCNA) and bakery franchise Bakers Delight. The ads call on Facebook users to purchase “Pink Fun Buns,” as all the proceeds will be given to the nonprofit.

People are currently throwing their support behind the two groups while expressing their disapproval with Facebook’s decision.

I am right behind the campaign after losing my beautiful wife 15 years ago to breast cancer Facebook is a disgrace pic.twitter.com/MAWzIuxknW

While the ads were initially approved by Facebook, the company reportedly had a change of heart and pulled the plug just before the campaign’s launch.

Although Facebook does allow some photos of breasts depending on the context, such as images depicting protesting, breastfeeding, and post-mastectomy scarring, those exceptions do not apply to advertising. This is because users are involuntarily subjected to advertisements on their feeds.

In a statement to BuzzFeed News, Antonia Sanda, a spokesperson for Facebook Australia and New Zealand, argued that BCNA did not take its “guidance” in order to make the ad compliant with Facebook’s rules.

“We recognize the importance of ads about breast cancer education or teaching women how to examine their breasts and we allow these on our platforms,” Sanda said. “However, these specific ads do not contain any of these messages, rather it is a brand selling a product.”

BCNA said last year’s effort brought in more than $1.6 million and that this year’s fundraiser could be affected by Facebook’s decision.

“The opening days of the campaign are where we raise the most money for BCNA to ensure we can provide free resources to those people with breast cancer,” BCNA CEO Kirsten Pilatti told the Australian Broadcasting Corporation. “Facebook is a very important tool for us to promote the campaign.”

Even though the social media company will not allow the images to be used in advertising, the content is still viewable on the Facebook pages of both BCNA and Bakers Delight.

The Pink Bun campaign, which began on Thursday, will run until May 29.

“Your generosity ensures we’re here to support the 19,371 women and 164 men expected to be diagnosed with breast cancer this year,” BCNA wrote on its website.