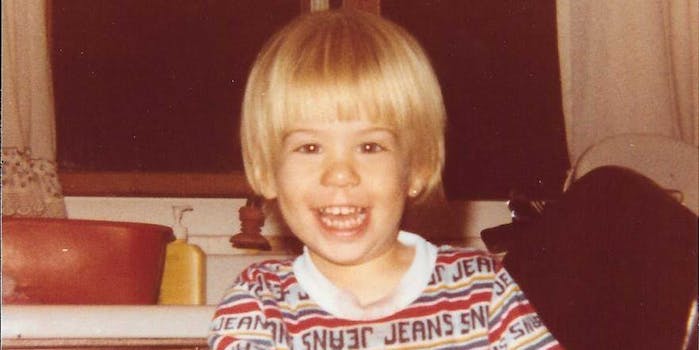 Tweedie says he's made more progress in one week on Facebook than since he started searching in 1998.

Michael Tweedie is looking for his birth parents. So he turned to the biggest community he could think of to help him out: Facebook.

The 34-year-old Oswego, N.Y., native was given up for adoption by his biological parents in 1981. Despite having a supportive family, a girlfriend, and two children, he’s setting out on the emotional journey of finding the teenage parents who gave birth to him.

Tweedie, who resides in Covington, Ga., wrote the necessary information on a poster and then took a photo of himself holding it. Then he created a Facebook page and shared the photo, which now has more than 377,000 shares.

His original post went up on April 23, and he’s been chronicling updates on his journey on his page. According to the page, he’s been in touch with people at Ancestry.com who sent him a DNA testing kit, which will hopefully help him with his search.

Although Tweedie registered with the New York State adoption registry to find his birth parents back in high school, the Navy veteran never received any leads. But it seems that thanks to Facebook, that might be changing.

“It’s unbelievable,” he told the Syracuse Post-Standard. “I’ve received more responses in the past three days then I have since 1998.”

Tweedie has apparently been so inspired by the outpouring of support that he shared a video to encourage other adoptees who might be looking for their biological families.

Tweedie is far from the first person to use the social network to search for birth parents. There are a number of Facebook groups devoted to helping people find their birth parents.

Seeking Birth Parents serves as a message board of sorts for people looking to find their birth parents. It was started by Alice Toler, a woman who was adopted as a baby and completed a successful search for her genetic parents. She writes on the group’s description: “Every human being deserves to know their genetic heritage. It’s a basic human right.”

While it seems that few of the posters have been successful in their quest, Seeking Birth Parents appears to be a safe space for adoptees to share their experiences and connect with other people who were adopted at an early age. There are also a slew of similar groups, such as Adoptees looking for birth parents or siblings and Help Us Find Our Birth Parents & Child.

So far, Tweedie has yet to find any substantial leads in his quest to find his birth parents. But he should take heart in this recent success story from another group hoping to match birth parents with their children, Find My Birth Parents.