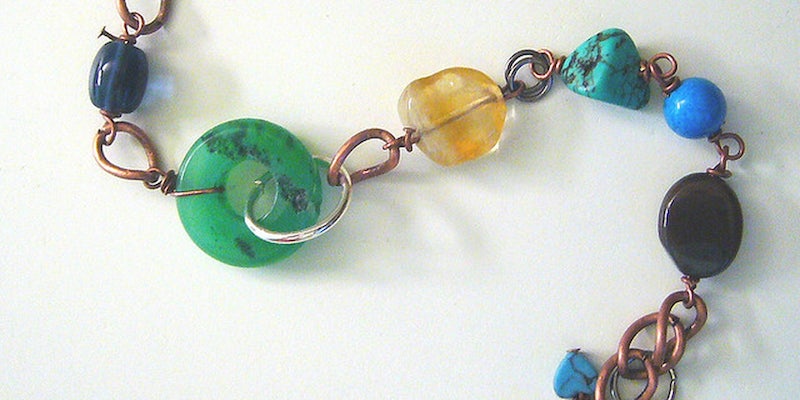 Months after their Etsy store closed, these two sellers are still waiting for an explanation.

At first glance, Ming and Ingrid sound like an Etsy success story.

A pair of clothing and jewelry designers, the husband and wife met while they were students at the Fashion Institute of Technology.

“We only had one class together, but that was where we fell in love,” Ingrid, who asked her last name not be disclosed, fondly recalled. “I got him with my perfectly tailored school project outfits.”

They opened their first Etsy store, Gemarama, a boutique for jewelry and accessories, in 2009. Since then the New York City-based couple has made over 4,000 sales and even opened a second shop, Accessorability, to accommodate their thriving business.

All was well until Feb. 6, 2013, when they logged into Etsy to find both of their shops closed—a digital padlock cutting them off from roughly 80 percent of their income.

“It was like, you try to come home, but the door is closed and you can’t get in,” said Ingrid (pictured below with Ming).

An anonymous user had apparently flagged an item in the couple’s store under suspicion that it wasn’t actually handmade. Under Etsy’s terms of use, the company has the right to “temporarily or indefinitely suspend a user’s account privileges.”

While reviews used to take the Marketplace Integrity and Trust & Safety Team [MITS] weeks to even look at, the company has made a significant effort to improve response time. CEO Chad Dickerson said the team now begins the process in just 24 hours or less.

But that’s precious time for DIY crafters, who rely on online sales to support themselves and their families. The worst part? Ming and Ingrid hadn’t even had a chance to defend themselves.

Like YouTube, Etsy operates with a “pull now, question later” policy, ripping the carpet out from under users before they have a chance to stand their ground.

“We will review your listings, and if they have been brought into compliance, we will be happy to reactivate them,” read Etsy’s first email to the couple. “In the mean time [sic], your shop will remain closed.”

MITS asked the two to recreate an item in their shop, this gem-studded cuff, to prove it was handmade. As evidenced by director of MITS director Julian Wong’s own example, this documentation is lengthy and arduous when done correctly, requiring dozens of dated photos of the creation process. An expert craftsperson is also involved in the review process.

Ming and Ingrid had actually been through this process once before, when their shop was flagged last October. They understood what was needed and the importance of the ordeal.

Ming and Ingrid took an entire day to carefully complete the process. You can see it in the slideshow below and follow Ming as he punches, bends, and welds soft metal into a cuff of Ingrid’s design. The 38 photos clear detail the process of a bracelet being hewn from raw materials.

“Upon close review of the documentation that was presented about how your items are made, we have determined that the items in your shop do not qualify to be sold on Etsy,” Etsy’s final email stated. There was no further explanation.

The pair was exasperated. How could they make it any clearer?

Ingrid wrote an angry letter to Dickerson. She wonders now if it contributed to what she called Etsy’s “punishment.”

“We fully admit that this is a human process and that we exercise our best judgment in each case,” an Etsy spokesperson told the Daily Dot. As per official policy, the company declined to comment on Ming and Ingrid’s specific case.

The couple theorize that SCRAM [Systems for Catching Resellers and Abusers of the Marketplace], Etsy’s robotic internal detection system, may have flagged them wrongly. Or, perhaps, a competitor flagged them in order to thin out marketplace competition.

“You don’t have to say why you flagged somebody on Etsy,” Ingrid noted. “If I was devious and saw a competitor selling a similar item to my own, I could just go flag them.”

Whatever happened, Ingrid and Ming will never know. There’s no closure, no clarification—nothing to be learned or shared with fellow sellers.

Ming and Ingrid are not alone in facing this issue. The site Etsy Refugee Society archives the stories of people who believe their shops were shut down unfairly. More recent discussions are taking place in the comments of Handmadeology and Zibbet.

What upsets shutdown sellers the most is their perception that Etsy allows resellers—sellers whose factory items are against the terms of service—off scott-free. Even Etsy believes that culling resellers from the marketplace remains its largest problem and concern.

“We are working hard to enforce all of our policies evenly,” an Etsy employee wrote to frustrated sellers in the site’s forum. “However, enforcement by necessity requires prioritization. Some issues, while they are violations of the current rules, may fall lower in our priorities as we work to remove more serious violations of policy from our Marketplace.”

Now Ming and Ingrid are just doing their best to make do. They sell their wares at local craft fairs, at boutiques in Manhattan, and on their own website.

Their reputation, however, has been damaged.

“When Etsy closes you down like you’re a criminal, people are going to think you were up to something,” Ingrid said. “Our customers have no idea what happened to us, and I can’t contact them. If you say ‘Hey, I was closed wrongly,’ they don’t believe you.”

On Etsy, sellers are guilty until proven innocent.