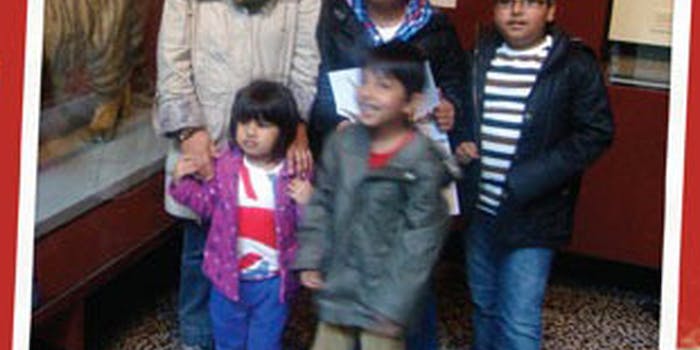 Essex police use Facebook to hunt for clues in alleged arson

A mother and her five children died in a house fire in October, but police are still trying to piece together details.

Police in Essex have created a Facebook campaign to find information regarding the death of a mother and her five children.

The suspected arson attack occurred at the family’s home in October in Harlow, Britain. Five children, 3 to 12 years old, all perished, as did their mother, Sabah Usmani. Dr. Abdul Shakoor, the father, was the sole survivor.

With few clues, Essex Police have created a Facebook campaign to aid in the investigation. It’s costing the police force roughly 30 pence (48 cents) a click and is targeting Harlow residents. The campaign has garnered 70 shares on the police’s page, which boasts 3,000 likes.

Police are offering clues, like eyewitness reports of a bicycle fleeing the scene and burglary prior to the fire, to jog people’s memories. They believe that robberies in neighboring communities are somehow connected to what police are labeling a murder.

“I hope someone’s conscience will lead them to pick up the phone and call detectives or Crimestoppers and tell us the information they know,” said Essex Police Department Superintendent Rob Vinson, according to BBC News.

“This is one of the biggest and most complex investigations in Essex Police’s history.”