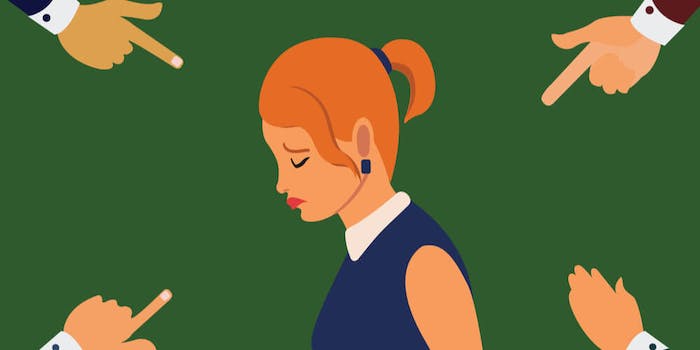 Her coworker was fired weeks after her.

A woman is pushing back after her employer fired and filed a lawsuit against her because a coworker shared their sexts.

Nearly a year after being fired from her job as a retention specialist at a debt arbitration company, 28-year-old Jennifer Ricketts is still fighting to end the ordeal. According to Complex, Ricketts had a romantic relationship with a coworker, Stephen Nazario, to whom she sent sexts, including “intimate images and videos,” while on vacation in the Dominican Republic.

Court documents say Ricketts shared these sexts and private media with Nazario, “believing that he would demonstrate discretion; unfortunately, Nazario was not deserving of such trust.” Nazario shared the videos and pictures with four of their coworkers. Not long after, the sexts were reported to higher-ups as they violated the company’s sexual harassment policy.

Ricketts told the New York Post that she “felt humiliated when it first happened,” but it only got worse. Instead of punishing Nazario, who allegedly consensually received the sexts, for sharing them with coworkers without Ricketts’ consent, the company fired Ricketts. “I had just had a newborn baby and they fired me a week before Christmas,” Ricketts said.

Ricketts tried to sue her former employer and Nazario, but the Bronx Supreme Court sided with the company’s claim that Ricketts had signed a contract committing to arbitration to solve workplace conflicts. Now the company is trying to sue Ricketts for $25,000 of legal fees—more than half her yearly salary of $42,000 when she was employed by them. “It’s insane that they are trying to come after me for attorneys’ fees. You fired me. Where am I going to get the money from?” Ricketts rhetorically asked in the New York Post interview.

Nazario and the coworkers were also eventually fired for sharing the sexts. Ricketts’ lawyers plan to appeal the arbitration ruling in the Bronx courts.