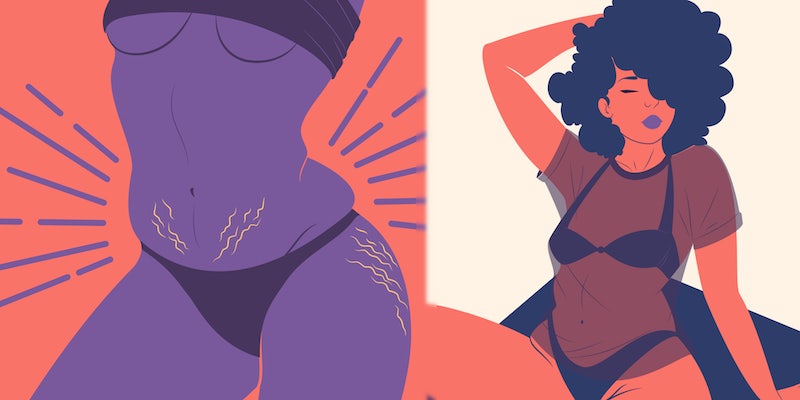 It's sexual wellness for some—but not all.

Wellness apps were booming before the coronavirus pandemic began. Now, it seems “self-care” and “risk tolerance” are on everyone’s lip. With this renewed focus on wellness comes a new subfocus: sexual wellness, a form of sexual care and psychological fulfillment through a healthy relationship with sexuality. No better example of sexual wellness exists than Emjoy, the self-described “audio guide for intimate wellbeing.”

“Emjoy is an audio app for curious-minded women who want to explore and expand their sexual wellbeing,” Emjoy writes in its press kit. “Whether they want to Increase Libido, Climax Consistently, Stay Present During Intimacy, Discover Themselves or Feel Body Positive, Emjoy’s audio collections invite them to embrace self-discovery and achieve sexual fulfillment by incorporating new habits to their self-care routine.”

Emjoy sounds promising, but there are understandable reasons to feel skeptical about wellness endeavors as a whole. Many reinforce healthism, or a hyperfixation on health as a personal responsibility over a politically determined reality. But if you’re curious, here’s everything you need to know about Emjoy, as well as a trans woman’s review of the app as it stands.

In September, Emjoy gained $3 million in a venture capitalist fundraising round, according to TechCrunch. CEO Andrea Oliver, the app’s co-founder, stresses Emjoy is a tech solution to a major health problem impacting many cis women: sexual dysfunction.

“My inspiration for founding Emjoy is based on my personal experience and the experiences of many girlfriends of mine. All of us had normalized not climaxing when having sexual encounters,” Oliver told TechCrunch. “When I began researching this I came across the pleasure gap, with some studies showing that 40% of women have some type of sexual dysfunction. Having been in the [venture capitalist] world and having seen the tremendous success of startups in the mental health and fitness spaces, I was shocked when I could not find an app focusing on sexual well-being.”

One of Emjoy’s selling points is its focus on professional guidance from sex therapists and mental health professionals. The app’s various sessions are authored by a wide assortment of experts, including Jimanekia Eborn, a trauma specialist, and Mia Sabat, Emjoy’s own in-house sex therapist. The app features some interesting quality of life improvements, too. For instance, all Emjoy audio sessions feature a small indicator warning the user whether their recording can be listened to on public transit or should be left at home. Emjoy’s sessions can get pretty steamy, so it’s a nice touch for listeners concerned about squirming and blushing on the subway.

How much does Emjoy cost?

An Emjoy subscription costs either $16.99 quarterly or $29.99 yearly. Yearly subscribers receive a free seven-day trial before their first bill is due. This also places Emjoy at a considerably cheaper cost than its main competitor Dipsea, which offers Dipsea Unlimited access for $8.99 per month or $69.99 per year.

On the iOS App Store, Emjoy writes that it is dedicated to “breaking down taboos and stigmas to normalize female bodies.” Unfortunately, by “female bodies,” Emjoy more accurately means “cis women’s bodies.” The overwhelming majority of Emjoy’s content is centered around cis women. One of the introductory audio recordings, “Explore Your Body,” started out with a very fun erotic fantasy that became deeply upsetting after the narrator assumed I had a vagina. Not just did it ruin my audio session, I had to put down the app afterward and take a breather because of the intense dysphoria it caused. I wish Emjoy told me who it thought I was before it made the assumption.

That’s not to chastise Emjoy for closing the pleasure gap between cis men and cis women, but it’s misleading to imply Emjoy is built for women when trans and intersex women’s bodies aren’t taken into consideration in its recordings. This is part of something I like to call the “cotton gap.” Like the “cotton ceiling,” which describes the ways in which cis lesbians sexually discriminate against queer trans women, the “cotton gap” describes a significant gap in sexual education resources between cis women and intersex and trans feminine folks. Because trans feminine bodies are rarely considered in sexual education or in adult courses on “loving your body,” this negatively affects our sex lives. It becomes much harder for us to communicate our physical needs to our partners, and it increases internalized shame and stigma among trans feminine folks.

This isn’t Emjoy’s only problem with queer users. Most of Emjoy’s audio recordings star cis men or involve cis men in characters’ threesomes; when I reviewed Emjoy during the week of Oct. 5, the service’s 42 recordings only had nine audio stories that exclusively feature women having sex with other women. This pales in comparison to Emjoy’s main competitor, Dipsea, which has an enormous library of queer stories and actively includes trans characters in its works (one of its best recordings, “Second First Date,” stars a Black trans woman on a “second” date with a Black cis woman).

Moreover, if paying a tech start-up for guidance around your sex life sounds weird after watching The Social Dilemma, no amount of pink overtures and minimalist illustrations will change that. The wellness industry has a certain tone-deafness that can be an enormous turn off to marginalized folks. This was the case for me after I came across Sabat’s Instagram, where she promotes the #TraffickingHub campaign by the whorephobic, conservative astroturfing organization Exodus Cry. It’s unclear if Sabat is aware of Exodus Cry’s history or not, but as a sex worker, it’s hard to listen to Sabat’s sessions on Emjoy after seeing her voice her support for the campaign.

All this isn’t to assume ill-intent with Emjoy. The cotton gap is a systemic issue, and it’s far more likely that Emjoy’s team just isn’t aware of the messages it’s sending to some marginalized users. Still, Emjoy bills itself as an app for helping women build a healthier relationship with their bodies and sex lives, and yet it has certain kinds of women in mind. It’s hard to look past that issue if you fall outside its scope. I also have doubts Emjoy will appeal to cis women who are wellness skeptics or Big Tech-adverse, especially if your heart raced after hearing Emjoy raised $3 million from venture capitalists.

Emjoy has a lot of potential, some of which already realized. It’s clearly invested in helping cis women rebuild and repair their relationship with their bodies, whether sexually or platonically, and it does that well. But in 2020, sex experts have to do better than assume their clients are civilian, cis women. Until then, you might want to wait on Emjoy.