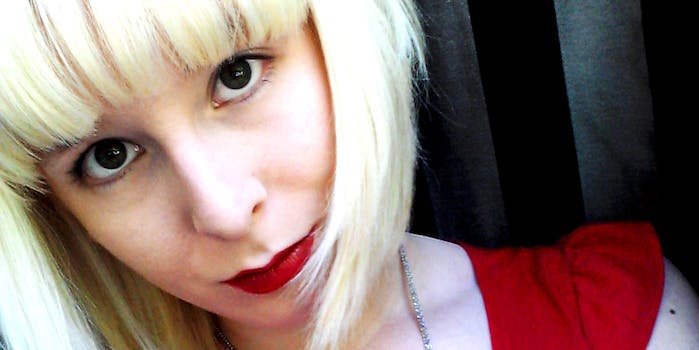 Although the names had been changed, Lulu.com took down Em Kwissa's Am I Not in response to a defamation complaint.

19-year-old Em Kwissa had a story to tell, and she wanted to make it available to as many people as possible. So she chose the stalwart self-publishing house Lulu, home to many stories like Kwissa’s: Am I Not, a personal memoir of child abuse and molestation at the hands of her stepfather.

But as Jezebel reports, when “she said” came to “he said,” Lulu banned Kwissa’s memoir from the site because it received a complaint from Kwissa’s alleged molester. Although the names in the story had been changed, Lulu stood by its position that the memoir could constitute “defamation or invasion of privacy,” and that they “must remove” Am I Not from the store.

The book, published on July 17, had been purchased about two dozen times before Kwissa’s alleged molester became aware of its existence. Although Kwissa changed names in her story, members of her family knew about the memoir. And with vivid descriptions like the passage below, the alleged perpetrator might have feared that others close to the family would easily recognize him:

When it came time to exchange rings, I was called up to the altar, the dead spit of a sacrificial lamb, whereupon Jacob got down on one knee before me and slipped a tiny, delicate ring onto my finger.

The gathered witnesses oohed and aahed their approval.

Two things would put a damper on the retrospect of this moment in the years to come. First, I would lose the engraved-flower ring one winter when it slipped from my finger and into high snow. We would search for it by running our fingers over the fluffy surface and feeling for a gap, pick through the grassy muck post-thaw with diminished optimism, but never find it; the replacement that Jacob purchased felt like a cheat.

Second, my mother would take a workshop for survivors of domestic violence, during which time she would learn that most predators at some point in their grooming perform the grand gesture, and this moment, in which Jacob vowed himself to me as well as to her, would immediately spring to her mind.

A Canadian poet and advocate for victims of domestic violence, Kwissa blurbed her book as “a compelling and transformative glimpse into the clandestine world that is a home broken by incest and violence.”

“This is the first time I’ve ever tried to sell one of my books,” she wrote on Twitter. “I would be very happy if you would buy it.”

On Lulu, she tagged it “truth-telling.”

But Lulu disagreed. In one of several formal emails they sent her during the process of removal, they informed her that while they “are not making judgments as to the merit of the claim,” they were removing the book due to an accusation of infringement and defamation by a third party, which Kwissa’s blog claims came from the abuser or his wife.

Lulu posted to Facebook in a vain attempt to clarify its position:

As a self-publisher… we are severely limited in what we can do regarding controversial and disputed topics. Our author agreement makes it clear that when there are claims made against content, such as defamation or invasion of privacy, the content in question must be removed, even temporarily.

Although the post implied that the decision might only be a temporary one, subsequent updates from the company have made no mention of restoring the title.

Amid the ensuing public outcry the company continues to receive, Kwissa published the memoir on her website. Originally priced at $39 on Lulu, the free version has since been downloaded hundreds of times.

“She is my hero,” wrote family friend Rusty Priske on Facebook before Lulu banned the book. Priske appears in the memoir as someone who helped Kwissa’s family recover from the abuse they all suffered. “Everyone buy this book. Don’t let him get away with this after all he has already gotten away with.”

Arts blogger and reviewer Jessica Ruano wrote a brief review of Am I Not calling it “by far the most moving piece of literature and one of the best-written contemporary works I have ever encountered.”

She noted that she hoped the “controversy” around the memoir “will help [Kwissa] reach a much wider audience in the long run.”