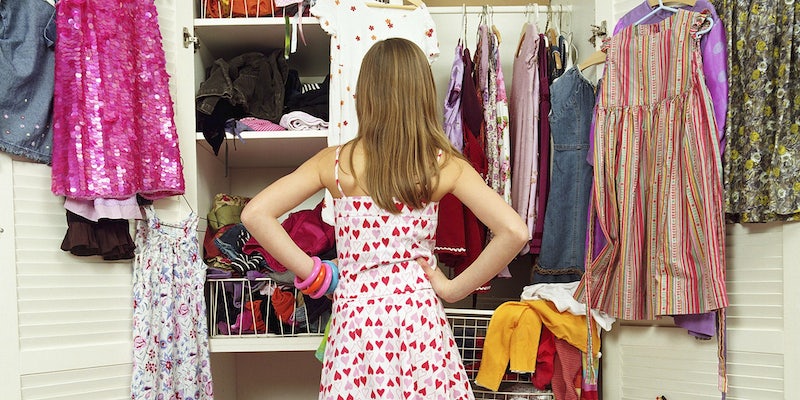 Singer and musician Elle Varner is in hot water after voicing opinions about what young girls should and shouldn’t wear.

In an Instagram post (that since has been deleted), she says that young girls should be encouraged to “dress for success,” which apparently means not wearing short shorts or showing bra straps.

So — Here's the reason Elle Varner is trending. Do you agree with what she said? pic.twitter.com/XZEgxjj2Qu

Varner attempted to clarify her points on Twitter, saying dress codes should be about teaching boys and girls professionalism, and not be used to make girls cover up because “boys will be boys.” (Varner hasn’t returned our request for comment at the time of this post.)

If you take the boys out of the equation….is the expectation of a girl to dress appropriately in High School an actual issue??

I couldn't wear short shorts in high school either…not bc of boys bc school rules are mainly there to prepare students 4 prof. environment

However, many were upset with her initial characterization of women who wear revealing clothing as “sluts,” and the idea that it’s on women to be appropriate—instead of it being on the rest of society to accept women for however they want to present themselves. With so much back and forth, it didn’t take long for #ElleVarner to begin trending.

You don’t have to be a “ho” or a “THOT” to believe that how a woman dresses shouldn’t be used as an indicator of her worth. #ElleVarner

Constant shaming of women/girls so patriarchy doesn't have to change. The oldest oppression stands strong and will continue to. #ElleVarner

Conversations like this also hit a nerve given how many stories there are of girls being sent home or suspended from school for dress code violations that are either out of their control or entirely unreasonable. Girls are often told their midriffs, bra straps, and tight pants are a “distraction” for boys, and are sent home, or made to wear T-shirts over their outfits, instead of boys being taught to react appropriately to girls’ bodies.

Even school staff sometimes need to learn this lesson: In one recent instance, a Montana teen was sent to the principal’s office because a male teacher was uncomfortable she wasn’t wearing a bra under her shirt.

The current reality is, yes, there are very few work environments that would allow any employee to show up in mini-shorts and a crop top. But it’s incredibly difficult to extricate rules and etiquette surrounding “appropriate” clothing, especially women’s clothing, from the patriarchy. Girls are punished for existing in the bodies they have, especially if those bodies naturally contain larger breasts or hips. The female body is, by default, inappropriate.

It’s a complicated conversation, but if one of Varner’s retweets is any suggestion, she seems to understand part of what the real problem is.

Go deeper sis-ask yourself whether there would be such a thing as dressing "appropriately" if patriarchy didnt exist https://t.co/BvUcpdTCN0