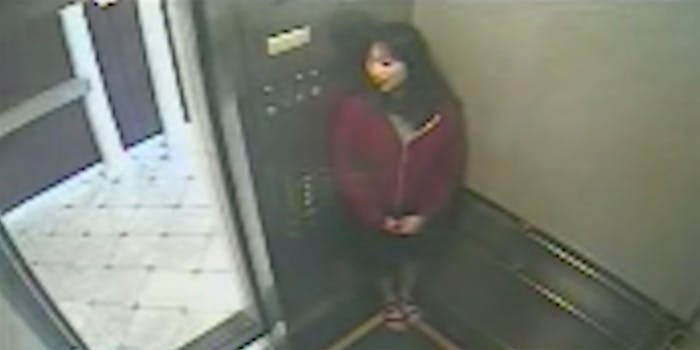 Elisa Lam was found dead at the infamous Cecil Hotel.

A 21-year-old student from Vancouver, Canada, was on a trip to Los Angeles in 2013 when she disappeared under mysterious circumstances at a famously creepy hotel. The Tumblr blog that police used to track Elisa Lam, Nouvelle-Nouveau, is still archived online for the world to see.

Lam was found dead in a water tank belonging to downtown Los Angeles’ Cecil Hotel, known to many as the city’s “deadliest” hotel. A new Netflix docuseries, Crime Scene: The Vanishing at the Cecil Hotel, explores Lam’s case and the hotel’s dark history.

The four-part series uses typical true-crime characters like case investigators and witnesses to tell the story, but viewers also hear from Lam herself in the form of old blog posts used to probe into her state of mind during the incident.

Lam’s death, ruled an accident, was only the most recent of untimely deaths to happen at the Cecil since its opening in 1927. Her blog was used by officers at the time to field information about her travels through Los Angeles before she disappeared. The blog, combined with the disturbing elevator footage of Lam, also led conspiracy theorists to come up with supernatural ideas for Lam’s death involving ghosts.

“If you look at the other tellings of the story, you’d see she’s the victim of some horrible, evil presence that took control of her,” director Joe Berlinger told BBC. Berlinger did want to tell a different story—one that focuses on the humans behind the folklore, including Lam and hotel manager Amy Price.

“I didn’t want to invent dialogue or create speculative situations, so everything she says via voiceover in the show comes directly from her online posts,” Berlinger told TV Insider.

Lam seemed to use her Tumblr, like most teens at the time, as an outlet for pent up emotions and as a means for self-expression. “You’re always haunted by the idea you’re wasting your life,” reads one quote on Lam’s blog by Chuck Palahniuk, the author of Fight Club.

The blog contains hundreds of other quotes from people like Frida Khalo and Morrissey and other media about depression and death. One post from eight years ago signals her apparent arrival to Los Angeles.

“I have arrived in Laland…and there is a monstrosity of a building next to the place I’m staying when I say monstrosity mind you I’m saying as in gaudy,” the post says, “but then again it was built in 1928 hence the art deco theme so yes it IS classy but then since it’s LA it went on crack.”