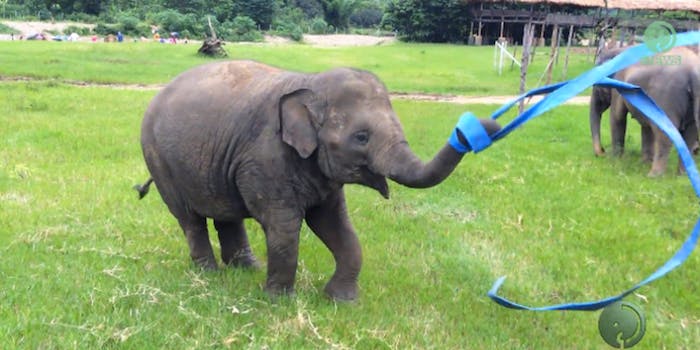 This elephant’s ribbon dance will have you in a trance

Remember Faa Mai, the rescued elephant that fell asleep to a lullaby and broke our hearts forever? Turns out she’s pretty good with a ribbon dance, too.

In this clip uploaded by Elephant News, Faa Mai shows her ease with what’s described as a hula hoop, but looks more like a ribbon. Faa Mai flicks the ribbon around with precision, then lies down on the ground to get a little more interpretative with the dance. Yes, this is basically elephant performance art, and I’d watch a 24-hour channel devoted to it.

Elephants are versed in the art of dance, but they also know a good piece of classical music when they hear it.