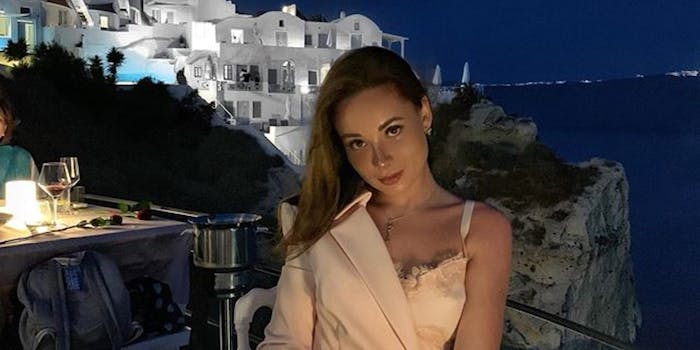 Police are reportedly considering jealousy as a motive.

Russian influencer Ekaterina Karaglanova, who shared photos of her travels on Instagram with more than 85,000 followers, has been found dead in her own home, according to various sources.

The 24-year-old had been planning a trip to the Netherlands to celebrate her 25th birthday with her boyfriend, Variety reported. When her parents didn’t hear from her for a few days, they grew worried and got into her Moscow apartment with the help of her landlord.

The parents found Karaglanova’s body with a slit throat inside the suitcase on Friday. She showed no signs of a struggle, according to Variety, and police did not find a murder weapon at the scene.

Her father tried to call an ambulance, but Karaglanova had already died.

Police have reportedly said they’re considering jealousy as a factor in the crime. Karaglanova had reportedly started a new relationship, and surveillance footage showed her ex-boyfriend visiting her in her apartment just days before her death.

Karaglanova had recently graduated from medical school with a degree in dermatology.