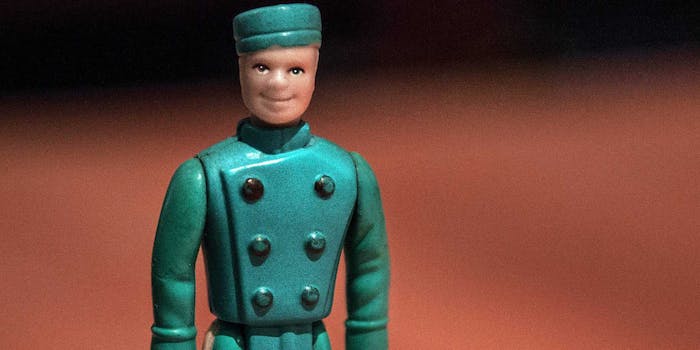 Whether you're having sex or doing it solo, this app claims it'll help increase your performance time.

The app makes use of “edging” (or “peaking,” as it’s called in the UK), a method of repeatedly approaching climax without actually finishing. The technique has been around for years for sex therapy, and now it’s been democratized for a wider audience in app format.

“Men are told to worry about premature ejaculation, and that they should distract themselves from what they’re feeling in order to last longer,” said sex expert (sexpert!) Tracey Cox, who lends her name to the app. “But this doesn’t work. Instead, they should focus intensely on what they feel. This teaches them to recognize the point before it’s all over.”

Train 3-4 times a week for a month and you’ll see marked improvement. Simply choose a level to start, hit the timer and record how long it takes you to climax. When you feel you’re losing control, pause the timer, stop or slow stimulation, then start the clock again when you’re back in control. The more times you do this, the better you’ll know your climax and the longer you’ll last during sex.

The app has already seen 8,000 downloads, which “is tiny, but not that tiny for stuff like this,” said Cox. “I couldn’t believe no one’s really done this before to enhance sex. No one’s ever targeted an app at boosting sexual stamina and keeping a healthy penis.” 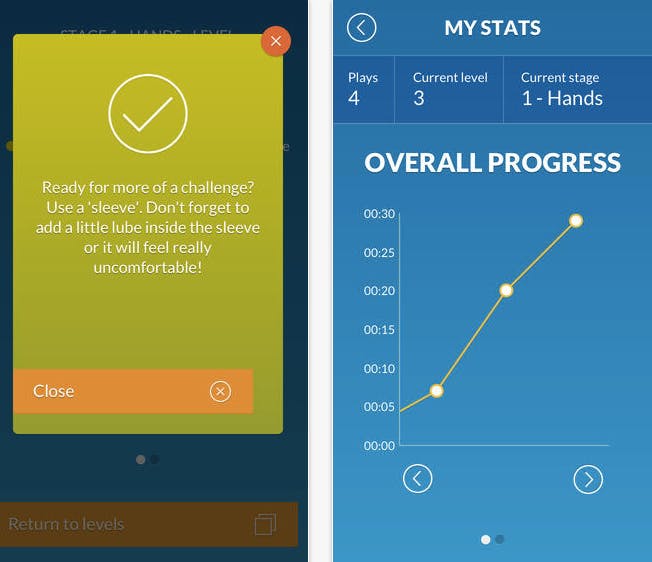 Cox opted for an app because “men like gadgets and are way more into technology than women are. It also might be a fun way to tackle a delicate subject.”

Photo via Robert Course-Baker/Flickr (CC BY 2.0)