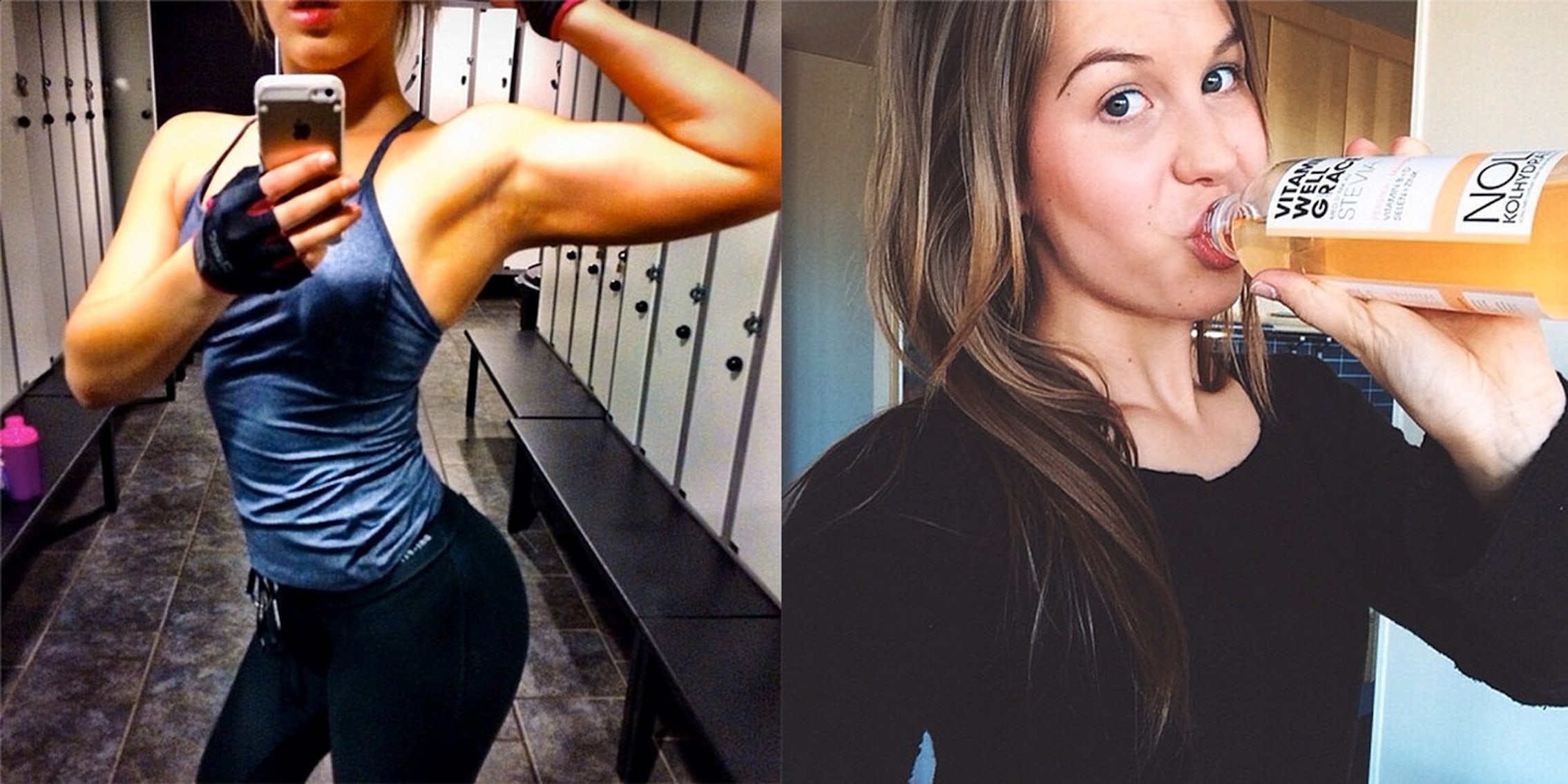 Watch one girl Instagram her journey from anorexia to fitness guru

Antonia Eriksson’s first Instagram photo was taken from her hospital bed. But you should see her now.

The scroll just goes on like this, delicious-looking meal after jealousy-inducing ab photo, until you reach the end. And then you see this.

It’s one of the first pictures Eriksson ever posted, of her hospital bed. She was admitted 15 months ago, for anorexia—and she used Instagram to document the entire thing, creating a very visual road to recovery. 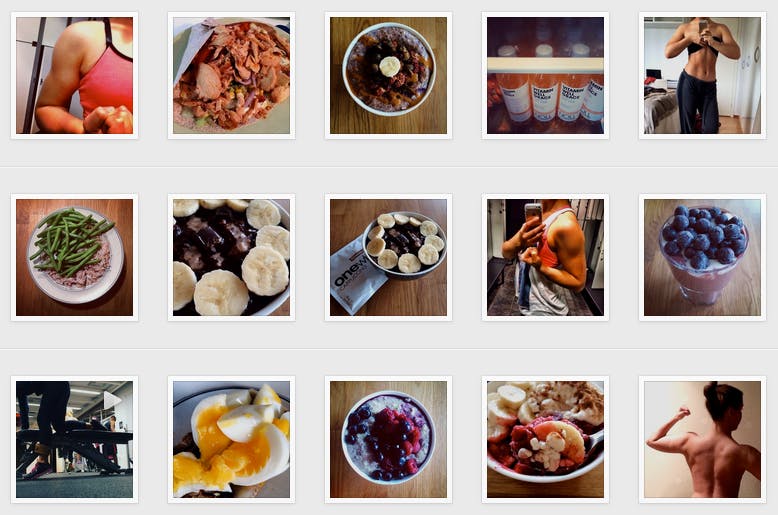 “When I first started @eatmoveimprove, it was actually called @fightinganorexia and it was an anonymous account,” Eriksson says. “It took me a while before I decided to share my identity. So I had this account alongside my personal [Instagram account] to track my recovery, and then it grew and changed into what it is today.”

“I had given up, and if I hadn’t been admitted to the hospital then, I don’t know if I would have survived another night. My weight was at 38 kg [about 84 pounds] the day I was admitted.”

Hospitalized and sick of being sick, Eriksson decided to document her process using Instagram, behind a mask, at first. “I wasn’t sure I wanted to share who I was so my friends couldn’t read it,” she says, explaining that this was largely why she chose to use Instagram instead of another social platform. Instagram’s all or nothing privacy policy means Eriksson could shield her identity. “Even when I did come out as myself, it was only people who searched for those types of [health-related] account or those types of hashtags, so I was able to connect with people who understood.”

“If I put it on Facebook, it would be everyone I knew, and they’d know everything about how I felt and maybe judge me. It’s just one part of my life and I share it with people who also had that part of their lives.”

As any dedicated Instagram user knows, there is a plethora of content on the network that rides the thin, almost indistinguishable line between fitspo and thinspo. The former is a celebration of healthy living and able bodies, the latter a dogmatic guide to losing dramatic amounts of weight. While the extremes of either category are distinct, there is a blurry middle ground where they meet. And it can be a dangerous area for someone struggling with an eating disorder—a concern that Instagram has acknowledged by blocking searches for phrases like #loseweight, #proanorexia, and #probulimia. Still, the excess of body image–related photos take their toll.

“The thinspo accounts did affect me while I was sick. When I got into recovery I stopped following all those accounts, but before I got to that point I found it affected me a lot,” she explains. “They are made to make girls feel awful about their bodies and they often succeed. It was those accounts that ‘helped me’ starve myself and stay sick.”

“They are like an extension of the already evil thoughts [I had]. Probably because the girls who write posts like that are sick themselves. It’s really quite sad.”

Of course it can be difficult to draw the line between motivational and dangerous. Many fitspo accounts flirt with thinspo. Now that Eriksson is focused on promoting fitness, she is careful not to fall into this gray area. “I’ve always been quite strict about sharing, about what I share and don’t share,” she says. “People ask how much I weigh or how many calories I eat, and I won’t talk about that. I don’t want to share numbers because I know that triggered me, and I don’t want that to be what my account is about.”

Though she is careful not to promote the type of information she says was negative to her, she has started to open up more. “I do post progress pictures, and that took me awhile. But followers were asking how my workouts were going so I decided to share more progress pictures—but I’m quite careful there too: I don’t talk about my body like I do about my progress. It’s not how I look, it’s how much energy I have or what I can lift in the gym.”

Her caution is incredibly justified, given that a great deal of her followers suffer from eating disorders, something Eriksson says other fitness-promoting Instagram accounts might not be aware of. She’s personally connected with many of her followers, giving them her email address or Kik account. She’s incredibly honest and candid about her disease and how she’s conquered it, astonishingly so. Eriksson seems to have a keen ability to talk about her eating disorder and as well as her current health very logically, but not devoid of emotion. Her sincerity, however, should not be mistaken for indifference.

“I’ll tell people off when they ask me how to lose weight. Me losing weight was me almost losing my life. You shouldn’t ask me how to do that. That’s like asking me how to commit suicide.”

“I try to teach people who don’t understand. I’ll tell them what they doing and asking me is wrong; an eating disorder is not something to strive for.”

This type of interaction, though, is limited, and she says that most of the connections she’s made and comments she’s seen are positive. 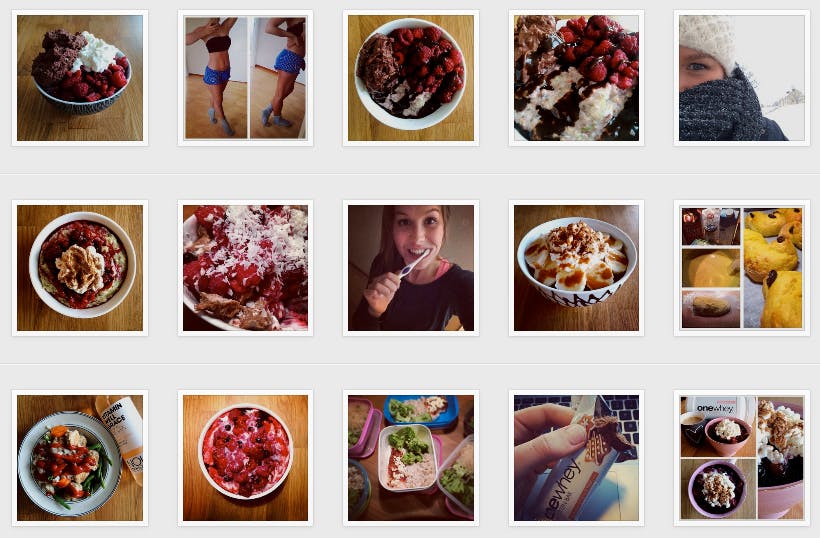 You can sift through Eriksson’s past 15 months on Instagram and actually watch her get better. There she was in a hospital bed a little over a year ago, and now she’s posing in the gym, showing off the muscles she’s worked so hard for. And food: she posts meal after meal after meal (for the record, Eriksson doesn’t follow a specific diet, telling me she eats healthy foods and tries to get in three big meals a day). Despite the differences of the before and the now, her photos have always been forthright—and hopeful.

She’s sponsored now, too—which you’ll notice in her brand-bearing photos. Eriksson reached out to companies she was interested in working with, and two (Fitness Guru and Vitamin Water) brought her on board. “I was really happy, it was overwhelming to me, that these brands see me as a health inspirer.”

“Instagram helped me a lot. I found other people who felt the same way or were struggling with battles like my own,” she says. “We supported each other a lot and when I was feeling low I could always turn to my ‘Instagram family’ for support and advice.”

“I felt I had a responsibility since I had a lot of followers who looked up to me and saw me as an inspiration … it became very important to me to recover in a good way and to stay healthy. To show people that it was possible and worth it.”

The shift from @fightinganorexia to @eatmoveimprove wasn’t just a logical one for Eriksson, who says she reached a healthy weight in February 2013. It was also a psychological one. “Today I don’t see my account as an inspiration for recovery, but for being recovered, [for being] healthy, if you see the difference.”

“Anorexia is part of my history and a disease I once had, but it does not define me as a person. Today I share my life, what I love to do, and who I am. Anorexia is not a part of that, but it was, and I still want to be a support and inspiration for people who are struggling.”