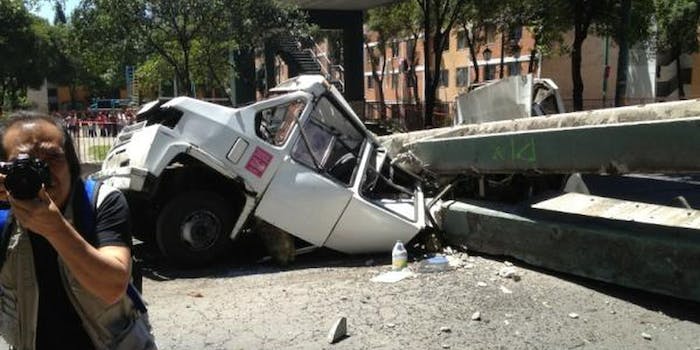 The state of Guerrero in Mexico suffered a major earthquake today.

At around noon local time, a 7.6-magnitude earthquake hit Mexico’s Guerrero state, with the epicenter located in a sparsely-populated area about 115 miles from Acapulco. Many news outlets, such as the Weather Channel and the CBC, took to Storify to collect tweets, photos, and videos of the event. But few were as comprehensive as the one compiled by Mashable, which continues to be updated throughout the day.