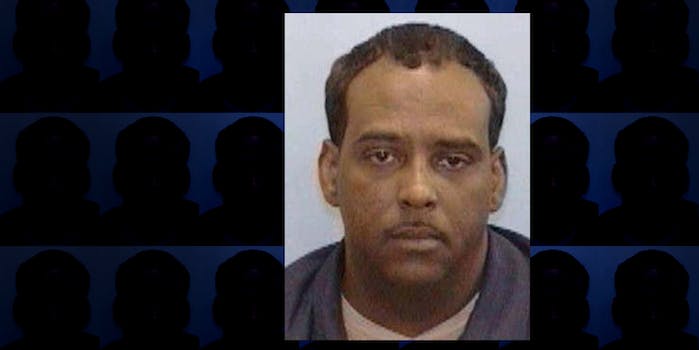 'She deserved what she had coming.'

On Sept. 6, Earl Valentine, of North Carolina, went on Facebook Live and admitted to shooting his ex-wife and child.

“She lied on me,” the video begins. “Had warrants taken out on me. She drug me all the way down to nothing. I love my wife, but she deserved what she had coming.”

Valentine’s ex-wife is in critical but stable condition, according to the police report. His son, who shared his name, died while on the phone to 9-1-1. The video was also a suicide note. At the end Valentine says, “Pleasure knowing all y’all. I’ve been very sick for months. And this is something that I could not help. So I don’t know if I’m gonna make it where I’m going, but if I don’t, I wish all of you a good life.”

Authorities found Valentine in a hotel room in Columbia, North Carolina. During a stand off with police, Valentine shot himself in the head.

A man who bragged about killing his wife & teen son was found at the Days Inn on Plumbers Rd in Richland Co. pic.twitter.com/tEgyyjJbz8

North Carolina Police Chief Taylor Bartholomew told WLTX News that he talked to Valentine on the phone during the standoff. “I told him to come and talk to a grown man about this,” he said. “But you know he wouldn’t. Men like that are cowards. They beat up on women and children. I said to him, ‘You killed your son.’ He kept saying that she did it.”