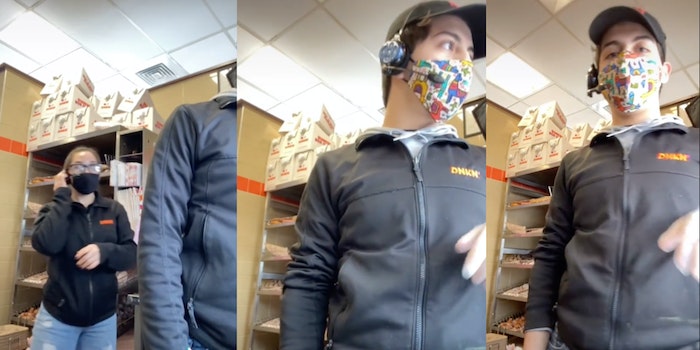 'All that over a Vanilla Bean Coolatta?'

A 16-year-old Dunkin’ Donuts employee on TikTok said he is “this close to quitting” after posting a viral video of a customer berating him.