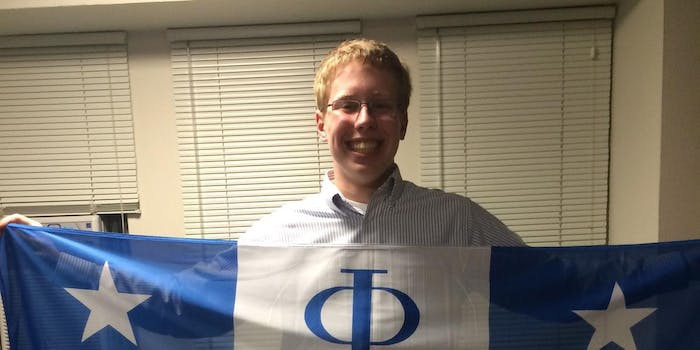 A Phi Delta Theta pledge and double computer science and mathematics major at Duke, Bagley recognized Belle after watching one of her videos on the website Facial Abuse a few months ago. When Belle asked Bagley not to reveal her secret, Bagley told his fraternity brothers, who then outed her to the rest of the Duke campus.

Bagley, however, has been hounded on Twitter since his identity as Belle’s outer was revealed in the original Duke Chronicle piece on the story.

@t_bagles T bag was a traitor and is not to be trusted!

First off, I would like to thank you for being such a fan of our business. For someone who subscribes to a site like Facial Abuse I want to commend you for spending the $200 a week your parents send you every week for living expenses wisely. Facial Abuse is a great site! There is nothing like watching a new girl getting a huge cock viciously rammed down her throat. I like your taste!

I want to also commend you on getting accepted into Duke. Great school! I am sure your parents are proud. I bet you pull straight A’s when you’re not whacking it to Facial Abuse and Casting Couch movies. I love our fans and I love you! You are the type of guy that makes our business move.

I ask that you seriously consider our offer. Any girl you want! Come out to LA and become a star. ALSO, for every inch you are packing over 4, I will throw in an EXTRA $1,000. Get your tiny pecker out here and become the next Ron Jeremy kiddo!