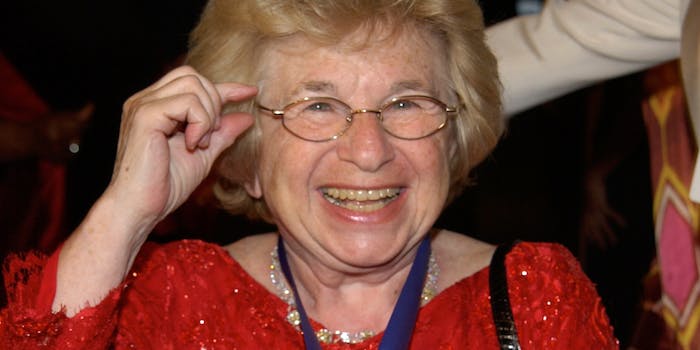 Both of these women are so cute we can't stand it.

Well, if this isn’t the most adorable feminist moment in the history of the Olympics.

Like to congratulate Chinese Olympic swimmer Fu Yuanhui for saying she was off her game because of her period. It's natural not taboo

“Because my period came yesterday, I’m feeling a bit weak,” Yuanhui told reporters for China Central Television, after her team came in fourth on Sunday. “But this is not an excuse.”

The 20-year-old Olympian has been widely celebrated for helping break the menstrual taboo, by talking openly about how being on her period affected her athletic prowess. It’s something every menstruating person knows all too well: that time of the month can lower your energy, cloud your thinking, and riddle your body with aches and pains. But even in 2016, people rarely talk about periods as frankly and casually as Yuanhui did on Sunday.

Yuanhui isn’t just making headlines for fearless period talk, though. The swimmer has also been deemed “the most lovable athlete at the Rio Olympics” and “Emoji Queen” for the expressive, silly faces she’s made during interviews and even medal ceremonies.

But back to Yuanhui being an accidental menstrual icon for pushing through the pain. For those who have never had the pleasure of experiencing cramps, doctors say they are officially as painful as having a heart attack. In a February interview with Quartz, University College of London professor John Guillebaud compared cramps with heart attacks, adding that “men don’t suffer the pain and underestimate how much it is or can be in some women.”