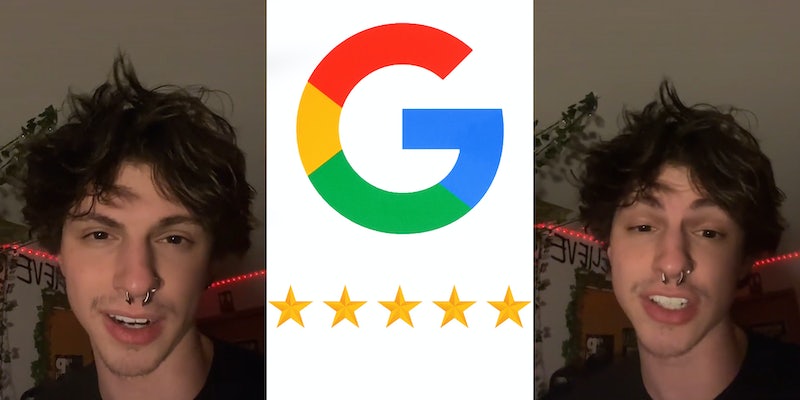 ‘I read them to see if there are any about me’: Worker says you shouldn’t read the Google reviews about your company

'My current favorite: customer service was great until a worker mopped over my foot.'

A worker tells viewers not to read the Google reviews about their current companies in a now-viral TikTok.

In the video posted by TikToker RYKO (@rykohio) on Wednesday, he says, “Whatever you do, do not read the Google reviews for the business that you work for.”

“You will get annoyed by how fucking stupid people are,” he warns in the clip. He also clarifies that he is not talking about his “current job.”

The video has amassed over 151,000 views as of Thursday, with commenters sharing Google reviews that they read about their own employers.

“My current favorite: ‘customer service was great until a worker mopped over my foot,'” one user wrote.

“Lmao someone wrote that our floor was covered in garbage and the picture showed only two straw wrappers in a corner,” another said.

Other workers say that they read the reviews to see if any mention them.

“I read them to see if there are any about me,” a commenter said.

“I was going through the yelp reviews and there was a review talking about my managers making me cry in the lobby,” one shared.

“Someone secretly took a picture of me bc they were mad at me and put it in the Google reviews with one star, I had no clue until my manager told me,” a third added.

The Daily Dot reached out to RYKO via TikTok comment.