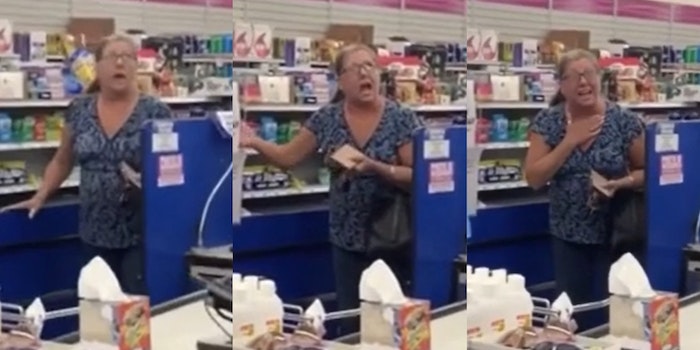 She didn't see the bodies so it never happened, apparently.

In a viral Reddit video, a woman dubbed “Dollar Store Karen” asked, “Where are the dead bodies?” as 99 Cents Only variety store patrons and employees alike criticized her for not wearing a mask.