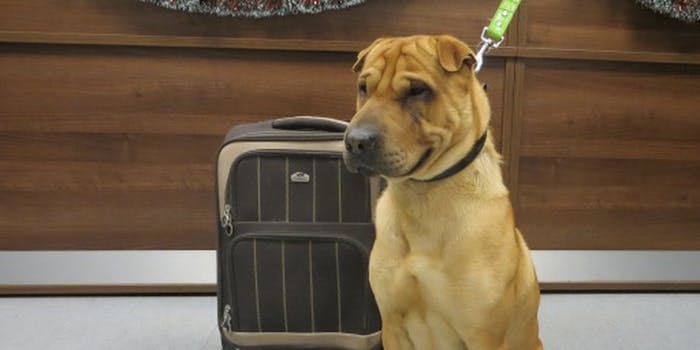 But there's still a happy ending.

If you have even a sliver of empathy for things furry and four-legged, you may want to stop reading this post right now: Turns out the dog found alone with a suitcase of toys and kibble in a Scottish train station more than a week ago—whose stoic portrait became a viral sensation—was abandoned not once but twice, by two different heartless monsters. 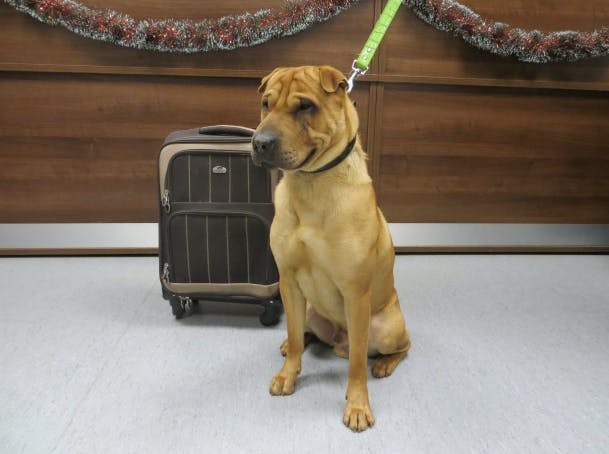 The Scottish Society for the Prevention of Cruelty to Animals had traced a microchip in the shar-pei mix, which they named Kai, to an owner who said he had sold the unlucky pooch on Gumtree (a worldwide version of Craigslist). This weekend, the Daily Record ran an interview with Fin Rayner, the would-be buyer, who claims that she left the animal to fend for itself because it didn’t resemble the dog in the ad’s photo.

“The [seller] rushed out with a food chest and lead on the dog” when Rayner showed up at his doorstep in Ayr, she told the paper. “But I could see there was something up because he was very skinny. I said I wanted to take the dog for a walk, so he asked me for £150 as a deposit in case I didn’t come back. Then I saw him tearing off in his car. I phoned and said ‘You better come back for your dog.’ He never turned up.”

Even so, Rayner was ready to take the dog—actually named Pluto—on the last train back to Aberdeen with her daughter. Then her son called to say that the photo from the Gumtree post was “an American picture from 2005,” prompting her to rethink the adoption. “I said to a member of staff it was somebody else’s dog. I said, ‘I’m just going to tie him up out there,’ and I did that,” she said, adding: “What about me and my daughter, what we had to go through? I told somebody, I made sure the dog was safe.”

Well, now he is. The Scottish SPCA is taking good care of Pluto, who has brought in thousands of pounds in donations for the group. They’re also fielding hundreds of calls and emails from people across the globe who want to take him home. Check out a video and photo of the adorable pup enjoying some treats and a well-deserved rub right here.