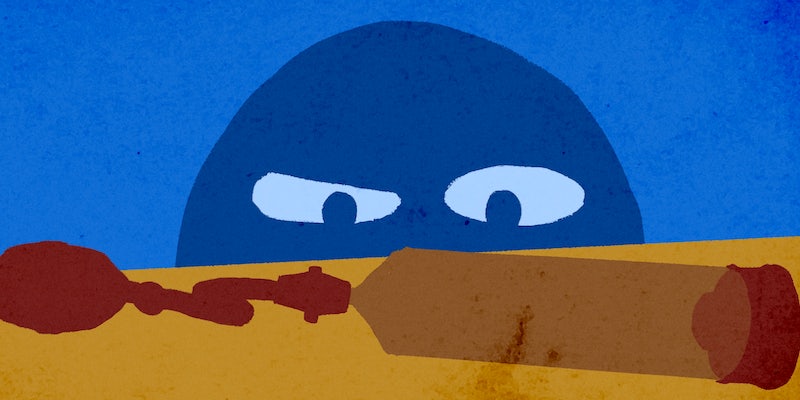 You might be best familiar with the penis pump from Austin Powers. In the film, the titular character awakes from his coma-freeze, and among the possessions he reclaims is one such device, which is inexplicably Swedish. He protests too much that it is not his, that a man of his sexual reputation would never use such a device. The joke is that a man shouldn’t need one—this thing that essentially enlarges the penis.

However, lots of people use penis pumps for lots of different reasons, be they sexual, medical, aesthetic, or some combination thereof.

The penis pump as we know it—a vacuum device that fits over the organ, sucking blood into the penis’ veins to produce an erection—was invented by Dr. John King in 1874, according to MedScape. However, that device only produced an artificial erection that couldn’t be maintained after it was removed. It wasn’t until 1917 that Otto Lederer of Austria obtained a patent for a surgical device for which “it is rendered possible for persons considered to be completely impotent to perform sexual intercourse in the normal manner.”

“According to the invention, a ring of elastic material is placed on the root of the penis, and a sleeve provided with a device for creating suction is arranged in connection with the said ring. By creating a vacuum in the sleeve, the blood is compelled to enter the cavernosum, whereby an erection is produced,” says the patent. “By means of the ring remaining on the root of the penis, the erection is maintained for a considerable time after the sleeve has been removed, since owing to the existing compression, the blood can only flow back gradually.”

Though the device worked, it didn’t become all that popular until the 1970s, when the penis pump was marketed as Erecaid by Geddins D. Osbon. The device got FDA approval in 1982, and is still considered a valid treatment for erectile dysfunction (ED). So much so that Medicare spent $240 million on the devices from 2001 to 2011.

However, in popular imagination, the penis pump has a more fashionable secondary use—increasing penis size. Pumps are sold in sex shops and online, advertising not a solution to ED, but a way for men to pump their way to porn-sized cocks. “It can effectively make the penis thicker and longer,” claims one product on Amazon. This is not quite true, at least for cis men.

According to one study from Tehran University, between September 2003 and November 2004, a group of 37 men were given “vacuum treatment” three times a week for six months. “After six months, the mean penile length had increased from 7.6 cm to 7.9 cm (no significant difference). The efficacy of vacuum treatment was ≈ 10%, and the patient satisfaction rate was 30%.” Anecdotal evidence seems to support that any penile growth isn’t permanent. One Amazon reviewer writes, “This product is useless, sure it made my penis grow a little bit more, but as soon as I released the air my penis went with it. No point of using something that only gets a 3rd of the job done.”

While the Tehran University study appears to have been conducted on cis men and didn’t see any significant results, the penis pump has gained popularity in the trans community—especially for trans men who don’t want or have yet to get bottom surgery, but want as big of a penis as possible. Across YouTube there are videos of men speaking about pumping, making improvisational pumps, and talking about progress. Because many insist that it works. “There are numerous accounts of trans guys who have increased the size of their penis with a daily regimen of pumping,” wrote Joshua Riverdale on TransGuys in 2009.

According to Riverdale, Dr. Toby Meltzer of Scottsdale, Arizona, was one of the first people to popularize pumping among trans men. Dr. Meltzer had metoidioplasty (or female-male gender reassignment) patients “who got very good results from pumping. Dr. Meltzer has used impressive photos of these patients in his conference presentations for many years and, to my knowledge, continues to recommend pumping to his metoidioplasty patients,” Riverdale told the Daily Dot over email.

Riverdale says that radical permanent growth can’t really be achieved by pumping, but that it’s anecdotally worked for a lot of trans men. “In terms of trans male penis pumping, no, the fully pumped size is not permanent, but performed regularly over time, yes, some extra length can be achieved.” According to Riverdale, one of Dr. Meltzer’s patients achieved a length of over four inches, just from pumping.

It becomes especially important given the lack of options available to trans men who want growth but don’t want surgery. Another technique Riverdale mentions is jelqing, a technique involving squeezing and stretching the penis with the hands to encourage blood flow. Some experts say the technique could cause permanent desensitivity or disfiguration for cis guys.

Riverdale says jelqing and weights were recommended to him by Jonah Falcon, the man who allegedly has the world’s largest penis.

So, does penis pumping really work? It appears so, sometimes, depending on circumstance. It can certainly give you an erection (which you can maintain by using a constricting ring), and possibly give you some extra growth. However, there’s an interesting side effect of pumping, according to the Tehran University study. The penis pump “provides psychological satisfaction for some men.”

Many reviews for pumps on Amazon come from women who insist their husband’s penises are just fine as is, but that the pumps make them happy anyway. For many, that may be enough to make the pump worth it.