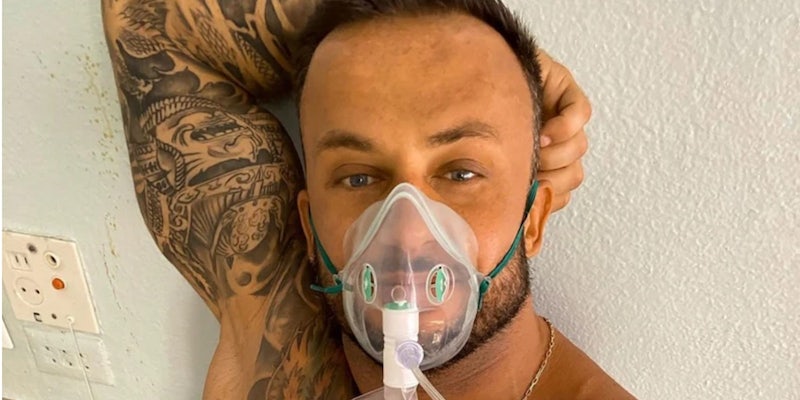 A popular fitness influencer has died from the coronavirus after claiming that he believed the disease “didn’t exist.”

Stuzhuk, who boasted more than 1 million followers on Instagram, tested positive after returning home and immediately went to the hospital.

In his final post on Instagram, Stuzhuk, who said that the hospital was “completely filled with people,” admitted that he was wrong about the disease and urged his followers to stay vigilant.

“I want to share how I got sick and to strongly warn everyone,” he wrote. “I was one who thought that Covid does not exist… Until I got sick.”

Stuzhuk further told his followers that “COVID-19 IS NOT A SHORT-LIVED DISEASE!”

Although Stuzhuk was eventually discharged from the hospital after being treated with oxygen, he was rushed back just hours later after his situation began to worsen.

Stuzhuk’s ex-wife Sofia stated on Instagram that her former husband began having heart-complications linked to “problems with his cardiovascular system.”

Sofia added that Stuzhuk went “unconscious” soon after as his health deteriorated.

“His state is extremely grave,” Sofia said. “No-one can do anything with this.

Stuzhuk, whose heart stopped and was restarted by health professionals at one point, eventually passed away.

“God, it is so terrible to realise that he is not with us anymore…” Sofia added.

The couple had three children together, the youngest of whom was just 9 months old.