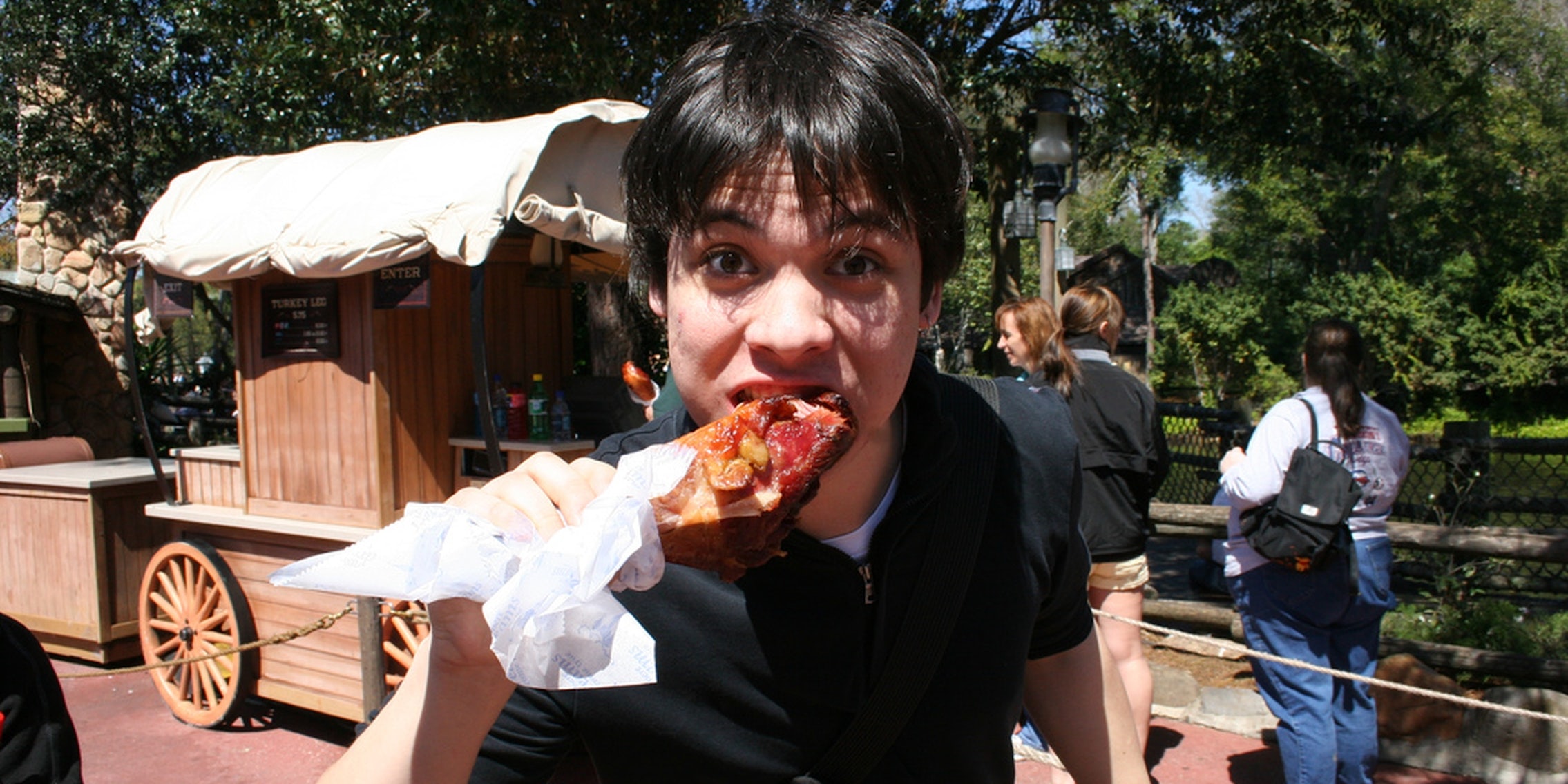 Have you had your "caveman pop" today?

If you’re a frequent visitor to the Disney theme parks, you know that one of the star attractions is neither a ride, nor a character, nor the sight of two grown men in Rascals and Three Wolf Moon tees coming to blows over who was first in line to take a photo with Tinker Bell. It’s the food; specifically, the 1.5-pound turkey legs, which have garnered something of a cult following on Instagram.

According to a recent New York Times article on the subject, Disney guests posing with turkey legs—or “cave-man pops,” as their fans call them—has become something of a social media trend, with park visitors sharing photos of themselves gleefully chomping away. And “the more primitive the pose, the better,” the Times’ Brooks Barnes writes.

Although turkey legs have been sold at Disney parks for years, they’ve enjoyed something of a spike in popularity recently, with sales increasing by 25 percent over the past three years.

“Our guests have come to demand these legs,” said Robert R. Adams, Walt Disney World’s executive chef. “And they don’t want to walk across the park to get one, either. When they want one, they want one now.”

While the majority of the photos are pretty much exactly what you’d expect (i.e. people at Disney World eating turkey legs), there are some subtle variations on this theme. For instance, some consider eating turkey legs a group activity:

While others consider it a private, more contemplative act, akin to a moment of prayer:

Some encounter the turkey leg with trepidation:

While others approach the art of turkey leg consumption with Jackie Onassis-esque dignity and grace. 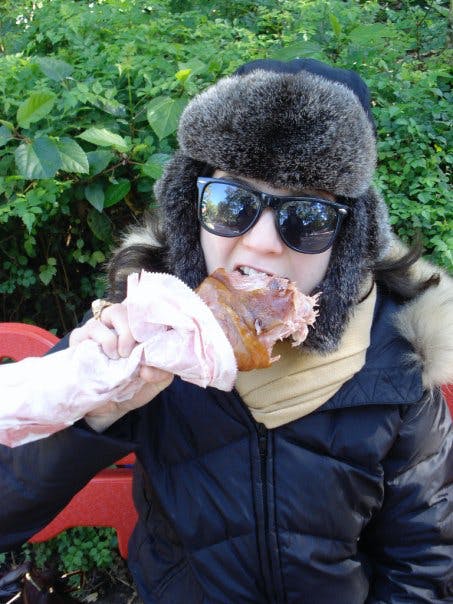 Either way, the appeal of the turkey leg is universal, transcending age, gender, color or creed. With a turkey leg at one side and a loved one at the other, anywhere you are is truly the Happiest Place on Earth.

H/T Skift | Photo via Half Chinese/Flickr