Hint: Dancing is a key element.

There’s nothing sexy about a panic attack. They manifest differently for different people, but in general a panic attack can feel like drowning without air, like a million tiny needles entering the brain, like waves of heat and freezing cold on the skin. Panic attacks often accompany diagnosable mental health conditions like PTSD and anxiety—and frankly, they suck.

Most people don’t think of sex, beauty, or graceful dancing when they imagine a panic attack. But a new film in production could change that.

Diathesis is the fairytale-inspired story of three very powerful queer people of color, who all express themselves through dance, and who all have a very important task in common, that of surviving and moving through a panic attack. For those of us who experience mental illness such as chronic anxiety, PTSD, bipolar, depression, etc., who have a variety of triggers for our trauma and reactions, this is no small feat. While their vulnerabilities and sensitivities might be interpreted as a weakness, from a disability justice perspective, we see these three people perfect as they are, and in fact as empowered in their creative paths to coping, growth, healing, self love, and solidarity with others like them.

“I deeply believe that all people can dance,” Seal, who prefers the they/them pronouns, told the Daily Dot in an interview via email. “Feelings which are localized to one part of our bodies can be spread about and expanded, dispersed, transcended, better understood, when we dance them through.”

Seal, who uses a wheelchair, is a disability activist and performance artist. They have been dancing since age eight, when they were trained in a physically integrated Harlem company that featured deaf and disabled dancers alongside nondisabled dancers. 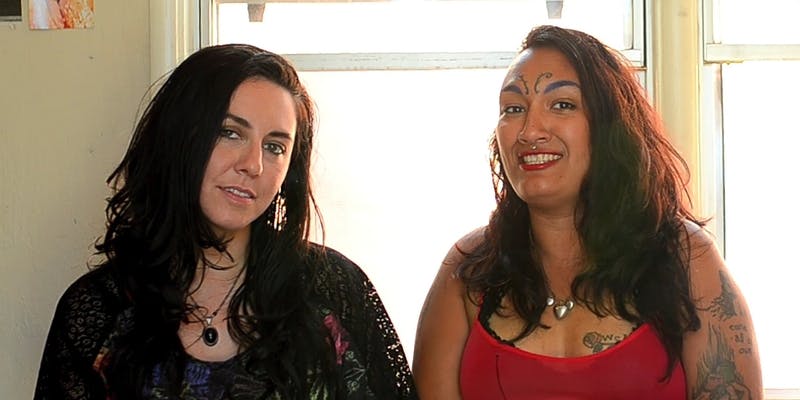 In their new film, Diathesis, “we will be exploring how oppression of various kinds like gender, race, ability, etcetera, creates anxiety,” Silver told the Daily Dot via email. “And how our protagonists transform that into strength.”

Silver added that while she has never personally experienced living with a diagnosed psychiatric condition, she’s been close with people who were diagnosed with bipolar or multiple personality disorders.

“There can be helpful aspects to a person receiving such a diagnosis if they are struggling to understand what is going on with them,” said Silver. “However, it is also frequently used to classify, to medicate, to generally box up the variety of amazing ways that people’s brains and hearts work and try to force people to be ‘normal.’”

The fundraising campaign for Diathesis launches at an apt time: May is Mental Health Awareness Month. Depictions of mental illness in film and television are improving, but they still have a long way to go. When asked for examples of disability and mental illness in media, Seal referred to Uzo Aduba’s portrayal of “Crazy Eyes” on Orange is the New Black and to the character of Andre on Empire—each complicated characters that sometimes fall victim to stereotype.

But Silver and Seal’s collaboration doesn’t just explore themes of mental health, but also physical disabilities—another “type” that doesn’t always make for a dynamic character in film and television. “I think disability at large is still used as a joke, a trope, a metaphor, and I want to see that stop immediately,” said Seal.

Seal said that while wheelchairs and other disability tools do make the occasional appearance alongside characters, that doesn’t mean the roles are substantial or appropriately cast.

“Employing a wheelchair as a visual symbol doesn’t mean that a real live disabled person was cast in that role,” said Seal. “And there is more to disability than wheelchair usage.”

“Ableism is alive and well,” Seal continued. “So where we are barred from putting our bodies and minds—and what access we have to the tools to provide for ourselves and represent ourselves—are the big issues. It’s not just whether or not we see each other in art, but see each other as artists.”

To dance as a disabled person—whether it’s a physical disability or a mental health condition—is to adapt traditional dance forms to one’s own range. It can also function as therapy; especially when it comes to treatments for mental illness, the connection between the physical body and the emotional state is too often neglected in psychiatric treatment.

“It [dance] is not only a remedy for panic,” said Seal, “but a place in which I can communicate about panic, trauma, illness, and disability.”

For Silver, anxiety comes along with being a sex worker “in a world that criminalizes them and demonizes them.” But she also described her own discomfort with publicly airing her own personal life and health, making Diathesis a welcome challenge.

“I’m excited to film and help portray the experiences and feelings of the protagonists because I am not comfortable expressing my own,” said Silver. “This is my therapy.”