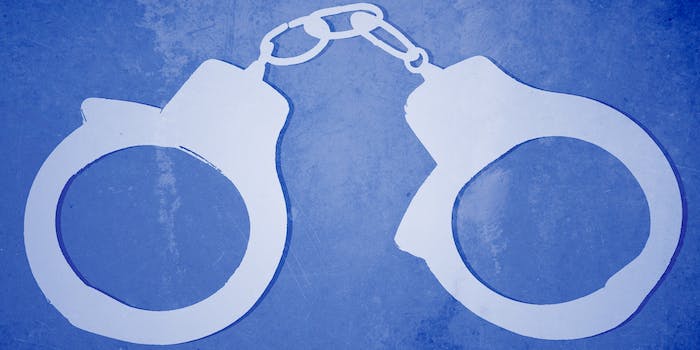 Gay man shot by teen he met on Facebook

The local LGBT community is funding its own investigation.

In Detroit’s third serious anti-LGBT assault since July, a gay man was shot and nearly killed after a teen lured him to quiet meeting spot.

The 19-year-old shooter, Kaleel Williams, is currently in police custody and has been charged with assault with intent to murder. According to local news station WXYZ, police say Williams met his gay victim on Facebook in late August, then invited him to meet in person.

When the victim showed up at the corner of Appoline and Grove in a quiet residential area of Detroit’s west side, he reportedly noticed that the guy he was there to meet was wearing white latex gloves on his hands. Police say the LGBT victim became alarmed immediately and started to back away. Then Williams pulled out a gun and began shooting while yelling homophobic slurs.

The victim was hit by two bullets as he ran away, and collapsed in the street—where a neighbor called 911.

“I heard gun shots and heard him yelling, saying he got shot,” a different, anonymous witness told WXYZ. “It’s really messed up how people not really past that, you know what I’m saying? It’s 2016, so we should really accept other things and how people believe, because a lot of times people can’t really help who they are.”

Anti-LGBT crimes appear to be on the rise in Michigan, something the newly formed Fair Michigan Justice Project hopes to curb. The nonprofit formed this summer in order to raise money for a special investigator and prosecutor to work with local police on anti-LGBT violence.

Detroit’s LGBT community began pressing for law enforcement to investigate hate crimes after the 2015 murder of Amber Monroe, a 20-year-old transgender woman. But the pressure to take the reins grew after the Orlando massacre in which 49 LGBT people were killed this June.

Michigan law currently offers no legal protections related to sexual orientation or gender identity—which could be part of why the LGBT community there now has to fund its own law enforcement team to investigate the spate of violence.

Fair Michigan quickly helped secure a hate crime conviction just one month after it was formed in July: Byron Wade was convicted of a felony assault charge in after trying to stab a 22-year-old gay black man while calling him a “fag,” “queer,” and “bitch” in August.

In a press release, Fair Michigan President Dana Nessel used the case as an example of why the program was so necessary.

“LGBTQ people are far more likely to be targeted for hate crimes than any other minority group. Despite this, LGBTQ victims are less likely to feel safe reporting these incidents,” Nessel said. “The Fair Michigan Justice Project provides a resource for hate crime victims to ensure their cases will be handled with respect and that the assailants will be prosecuted.”