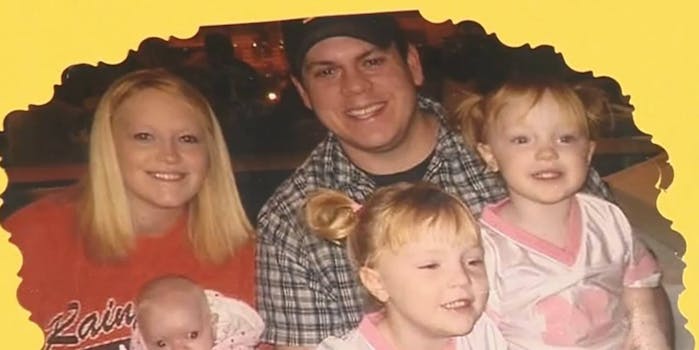 Detroit orphans turn to crowdfunding to buy their mother a tombstone

The girls are hoping to buy a headstone for their mother using online donations.

This summer in Michigan, the Luna Pier City-Wide Yard Sale looked a lot like those that had come before. Families, community groups and the local fire department lined Lakewood Ave. in Monroe County, raising money in good cheer. All except, that is, for the stall manned by four young children selling cookies and Sloppy Joes to make enough money so they could buy their mother a tombstone.

Click on Detroit reports that Donald Campbell, Jr., was killed in a car crash in 2011, the same year his youngest daughter was born. When the girls’ mother, Christinia Neal-Campbell died this winter aged 27, she left behind four girls, now orphans, who live with their grandparents, who aren’t well-off financially.

At the funeral service on January 10, four days after Christinia’s death, the family say they couldn’t afford a proper headstone for Christinia, who is buried alongside her husband. This summer when the annual yard sale came around, the youngest daughter Haley, aged nine, suggested the kids run a stall to fundraise for a memorial.

“It’s so we can basically find her, because we can’t find her when we go in the grave to see her,” an astonishingly upbeat Danielle, aged seven, told the local news crew.

“They’re going to try and work hard and do it today,” Kelly Greer, a family member, can be heard saying as she supervises the kids’ stall–adorned with photos of the dead parents–while looking to raise $5,000 for the gravestone.

A day after the weekend fair, the girls’ aunt Erica Ann Hayes opened the cookie stall to well-wishers all over the world. The family’s GoFundMe page has already met its crowdfunding target with over $6,000 raised from 149 people at the time of writing. All donations above the $5,000 target will go towards recouping the burial costs.