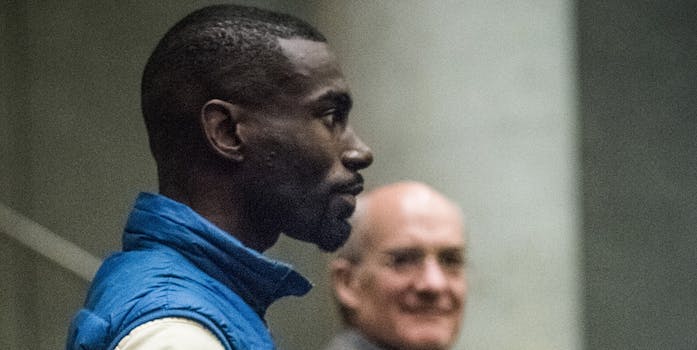 The arrest occurred during a Black Lives Matter protest.

To cap off a week in which three African-American men were fatally shot by police, two cities affected by such violence faced massive protests and massive arrests.

Demonstrations in Baton Rouge, Louisiana, and St. Paul, Minnesota, resulted in over 200 arrests cumulatively on Saturday night. Perhaps one of the most prominent member of those detained is activist DeRay McKesson.

McKesson, who was protesting the shooting death of Alton Sterling in Baton Rouge, was livestreaming demonstrations when he was stopped by officers on Airline Highway.

This just happened: @Deray was livestreaming when police arrested him. Go to 4:45 https://t.co/86GtDoXDGr

Police took McKesson into custody shortly after 11pm local time. He remains in the East Baton Rouge County jail as of Sunday morning. Reached by phone, Corporal Jeffery Duhon confirmed to the Daily Dot that McKesson was still in custody, stating that the Black Lives Matter advocate may make bond later in the day.

McKesson’s lone charge is obstruction of a highway, which carries with it a maximum fine of $200 and up to six months of jail time.