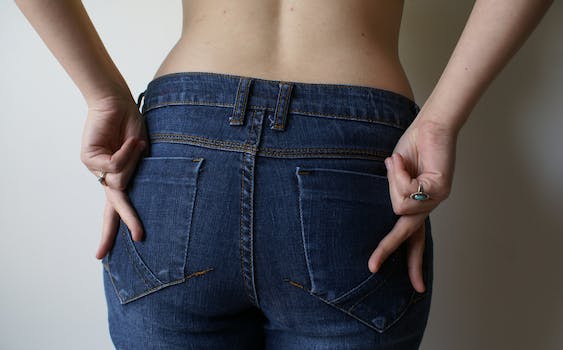 'She was wearing tight jeans' is not an excuse for sexual violence.

New York First Lady Chirlane McCray and hundreds of others took to the steps of New York City Hall today—clad in denim—for #DenimDay2016, pledging their support to victims and survivors of sexual assault.

“We’re putting the full force of this administration into ending #sexualassault.” @Chirlane at #DenimDay2016 pic.twitter.com/hPhl2sCRJC

A press release for the event from the Mayor’s Office quotes McCray as saying:

Despite generations of protest, one in three women still experience physical or sexual violence. Ninety percent of college students who are assaulted don’t report the assault. And in New York City, a man recently forced his girlfriend to parade naked down the sidewalk and proudly posted the video online. Enough. We must make our streets safe for women and girls. This Administration will not rest until New Yorkers are safe from sexual assault, and I’m proud to stand with so many others against sexual violence.

Today marks the 17th Denim Day protest, founded by Peace Over Violence. The campaign began in the wake of an Italian rape case that was overturned when the justices believed that, because the victim was wearing tight jeans, she must have helped her attacker remove them and provided consent.

The Italian victim was 18 and her rapist was a 45-year-old driving instructor who had picked her up for her first lesson. In response to the decision, women in the Italian Parliament wore jeans and held placards that read, “Jeans: An Alibi for Rape.”

While the Italian Supreme Court overturned that ruling in 2008, Peace Over Violence writes on their site: “Since then, wearing jeans on Denim Day has become a symbol of protest against erroneous and destructive attitudes about sexual assault.”

In addition to New York—where turnout was at an all-time high—Denim Day rallies were held across the U.S., with people taking to Twitter using the hashtag #DenimDay and #DenimDay2016 to show their support.

Shirley Alvarado-del Aguila, community engagement manager for Peace Over Violence, noted that 17 years later, Denim Day remains relevant. “We still function within a system that still allows rape culture to exist,” she told the Daily Dot. “The clothing that women wear and the way they look are still being used as justifications for sexual assault and rape.”

Yet, despite the persistence of rape culture, Aguila says, “there has been progress. Survivors feel much more comfortable speaking out and breaking the silence. And are being more challenging in calling out victim-blaming and rape culture.”

She attributes a lot of this change to social media. “Social media helps the community of victims and survivors access the help they need and helps organizations like ours push messages that challenge erroneous ideas about what sexual assault and rape really are.” She added, “We are just a small organization from L.A. If it weren’t for the power of social media, we wouldn’t have seen the results and the outpouring of support that we have.”