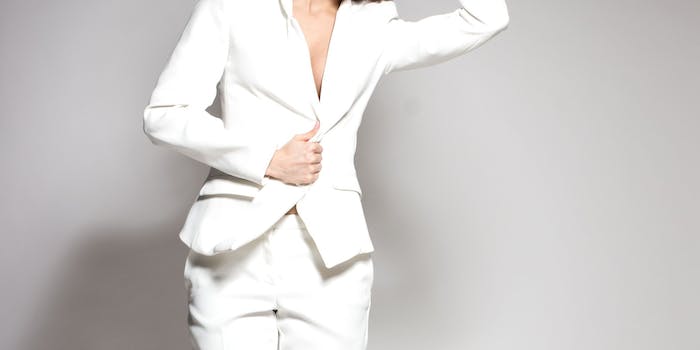 It's an homage to suffragettes—and Hillary, of course.

Democratic women in the House will wear white to Trump’s first congressional address Tuesday night in order to “stand in solidarity with the women of our nation,” according to a letter obtained by the Associated Press from the Democratic Women’s Working Group.

Of the 435 members of the House, 66 are women Democrats. The tradition of wearing white started with the suffragettes and continued in November in support of Hillary Clinton’s presidential campaign, mimicking the former secretary of state’s signature style.

Not only will the color be a strong statement, but four Democrats also have plans to bring undocumented immigrants to the event—immigrants who have been given permission to remain in the U.S. under the Obama administration. Sen. Elizabeth Warren will also bring an Iraqi refugee as her guest.

“If he looks up during the speech, I want Trump to see the face of a woman, the face of a Muslim, and the face of someone whose family has enriched and contributed to this country despite starting out as refugees,” said Rep. Luis Gutiérrez (D-Ill.), who himself will host a Chicago immigration attorney born in Gaza.

Gutiérrez and others are defending immigrants and refugees in light of Trump’s immigration ban. Trump, meanwhile, is calling his speech “Renewal of the American spirit.”