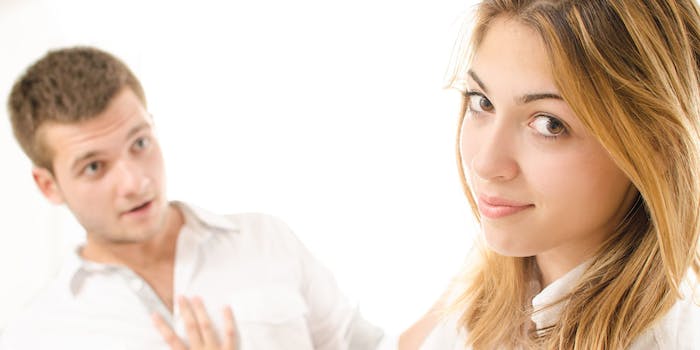 Demisexuality is an orientation—not a condition of ‘being picky’

It’s not a matter of fixing their libido.

You know that feeling. You’re at a friend’s party and you see a cute guy or girl. You begin to sweat just a little and smile, the kind that makes you bite your lip. The other person approaches, and you make small talk. As you discuss shared interests, the stranger casually looks you up and down, assessing. He doesn’t think you notice, but you notice. You’re thinking the same thing. After some time passes, he asks if you want to get out of here, and you do. You go back to his place. He doesn’t call the next day. You don’t text.

This scenario is familiar to many of us, a rite of passage on most college campuses. For Dill Werner, though, the concept of having a one-night stand is both alien and terrifying, like slipping through a wormhole into an alternate universe. That’s because Werner, 30, identifies as demisexual.

What does demisexual mean?

The term demisexual, which originated on the website of the Asexual Visibility and Education Network in 2008, denotes someone who doesn’t experience sexual attraction right away. These feelings often take weeks, months, or even years to form, the result of building a special bond with another person. The Demisexuality Resource Center describes the label as someone who “may experience secondary sexual attraction after a close emotional connection has already formed.”

Werner, a young adult author who focuses on LGBTQ themes, describes the process of developing attraction as “unique” to each individual that identifies as demisexual.

The word demisexual has gained greater visibility in recent years with buzzy articles in Wired and Elle shedding light on the complex romantic lives of members of an emerging identity. It’s also gained a great deal of traction on Tumblr, a microblogging website that has also popularized labels like “sapiosexual,” describing someone who is attracted to others’ intellect. On Twitter, people along the asexual spectrum regularly meet for “Ace Chats,” which provide support and space for the community.

How is demisexual different from asexual?

For those unfamiliar with the term, think of it as between the poles of asexuality, where you feel limited or no attraction to others, and what we think of as normative sexuality, where such feelings are frequent. If demisexuals do feel sexual attraction to someone they don’t know—a sexy train passenger—these moments are fleeting. They pass long before you get to the bedroom, and it’s different for everyone. Some will never have that experience.

Because demisexuality is along the asexual spectrum, it’s frequently referred to as “gray sexuality.” You might also hear words like “asexual-ish” and “semisexual” used to describe the phenomenon.

How do you know if you’re demisexual?

Although experiences vary for people who identify as demisexual, they often describe themselves as feeling “different” from a very young age. While schoolmates develop crushes on the cute boy in first period and go out on dates, they don’t. Instead, many demisexuals feel as if there’s something wrong with them. Why can’t they experience what everyone else does?

“I wanted to have the sorts of casual relationships other people were having because, to me, that’s what was ‘normal,’” Werner said. “That’s what it felt like I should have been doing in my 20s and late teens. I wanted to be like everybody else, but my body and my mind wouldn’t let me. Even when I tried to—with people I was in relationships with—alarm bells went off. It wasn’t the right time and it wasn’t the right circumstances.”

Meryl Williams, a writer for the Establishment, said that what made being demisexual particularly difficult is that she wasn’t aware—until recently—that the label existed.

“I didn’t have a name for it,” the 30-year old said. “It was this long, bumbling explanation. And it’s an uncomfortable topic! It’s hard to talk about, especially with someone you don’t feel comfortable with yet. I never really know what’s going to happen when I bring it up, which is scary because it’s such a vulnerable subject.”

Williams claimed that being demisexual often makes dating “frustrating” because there’s no guarantee that she’s going to develop sexual attraction to that other person at all. Many people, she said, haven’t been willing to wait around to find out.

“It takes a lot more time for me than it does for most people,” she said. “Most people, they can tell pretty early on if they’re sexually attracted to that person. They know. And if they’re not attracted to them, they’re probably not going to continue seeing that person. But with me, I’ll probably give relationships a lot more time than I necessarily need to because I’m not sure. I want to go down that road of dating someone for a while, but nine times out of 10, I’m not going to feel attracted to them.”

What are the most common misconceptions about demisexuality?

What makes discussing demisexuality with partners and even friends and loved ones difficult is the great many misconceptions many people have about the term. After she came out as demisexual in the Washington Post, one reader told Williams she should go to conversion therapy.

Werner said that the most common myths about gray sexuality fall into five different camps. There are the types of people who believe that demisexuals are just waiting until they meet the right person. Others believe it’s a choice, akin to a young Christian waiting until marriage to have sex. Many might claim that demisexuality isn’t an orientation but instead the result of a low sex drive. Some claim that demisexuals are just “really picky.” The last, and perhaps most pernicious group, is the people who claim it’s merely a made-up label.

Cara Liebowitz, a 24-year-old disability activist, understands the confusion. But she also says that these criticisms can be delegitimizing and invalidating as if others would rather erase her experience than listen.

“I’m confused about my label, so anyone who is confused about my label can join the club,” Liebowitz said. “It makes me feel frustrated because people often tell me that it’s not a real thing. And I say, ‘I’m a real person, so obviously what I feel is real.’ People are so quick to judge, especially on the internet. It would be nice to talk about our sexuality without shame.”

How many people identify as demisexual?

A 2004 study conducted in the U.K. found that 1.1 percent of the population identifies on the asexual spectrum. If those numbers were the same for the United States, it would represent over 3.5 million people. That’s about the size of Connecticut.

While critics might lump this group in with people who experience “hypoactive sexual desire disorder,” there’s a difference between gray sexuality and a lack of libido. People with a low sex drive often feel intense depression and anxiety over their limited feelings of arousal. Most demisexuals, however, don’t want to change. A 2014 survey from AVEN found that two-thirds of demisexuals were not interested in having intercourse. It’s low on their priority list.

Werner, who is currently in a long-term relationship, said that it can be difficult to find someone you bond with, who brings out those feelings of sexual attraction. For many demisexuals, it only happens once or twice in their lives. But when it does, those feelings of connection are powerful. It’s worth the wait.

“When you meet the person you bond with, the heavens open up,” Werner said. “You see colors for the first time. Everything finally makes sense.”