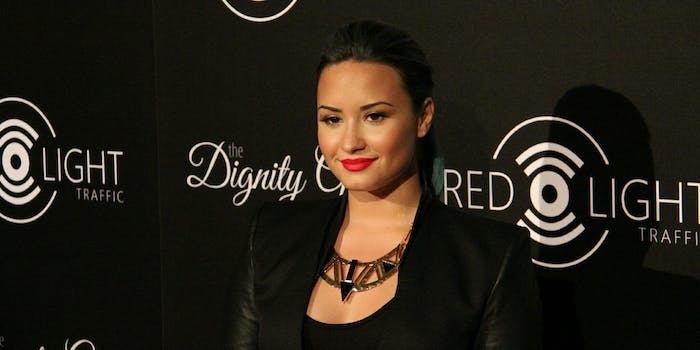 Users tweeted Tuesday afternoon urging others to #PrayForDemi after news broke that pop singer Demi Lovato was hospitalized for an apparent drug overdose.

Law enforcement told TMZ that the Los Angeles Police Department responded to a medical emergency at Lovato’s home in Los Angeles. She is currently in treatment at a local hospital, and a source told People magazine that Lovato’s condition is “stable.”

TMZ reports that Lovato was found unconscious after an apparent heroin overdose and treated with Narcan, which is used in the case of a narcotics overdose. People‘s source said the overdose is not related to heroin.

This incident comes just one month after the release of Lovato’s single, “Sober,” in which she admits to breaking her sobriety. The singer, who has been vocal about her struggle with addiction, tweeted in March that she was celebrating six years of sobriety.

“To the ones who never left me / We’ve been down this road before / I’m so sorry, I’m not sober anymore,” Lovato sang in “Sober.”

Fans rallied on social media to show their support for the pop star.

Demi is awake and with her family who want to express thanks to everyone for the love, prayers and support. Some of the information being reported is incorrect and they respectfully ask for privacy …

Law enforcement officials told TMZ there no drugs were seized at Lovato’s home, and there will not be a criminal investigation into the incident. The cause of her overdose is unconfirmed.