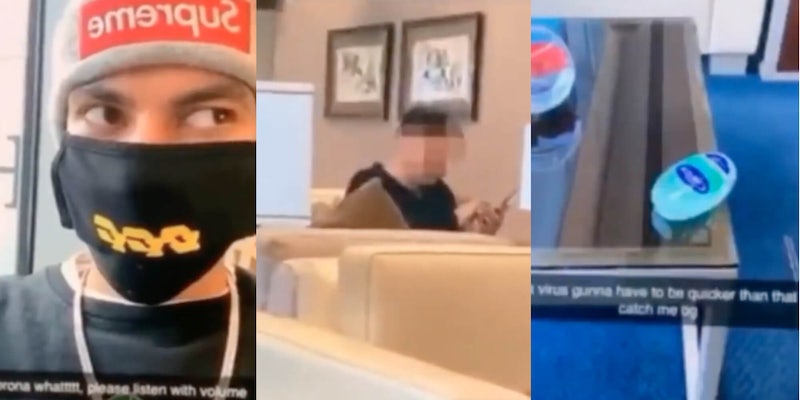 In the video, Alli, who is wearing a face mask, points the camera at an Asian man and then at a bottle of antiseptic handwash.

Tottenham Hotspur midfielder Dele Alli has been charged with misconduct by the Football Association (FA) over a video that showed him mocking an Asian man in regard to the coronavirus.

In the video, which was posted to Snapchat in early February, Alli can be seen wearing a face mask in the airport. He points the camera at an Asian man and then at a bottle of antiseptic handwash.

“This virus gunna have to be quicker than that to catch me,” he captioned the video, which he claims was private and only intended for a select few of viewers.

It was announced on Wednesday that the video breached FA Rule E3 because “it was insulting and/or improper and/or brought the game into disrepute,” according to a statement by the FA.

The FA is also investigating whether the video was intended to be racist, according to NBC Sport.

“It included a reference, whether express or implied, to race and/or colour and/or ethnic origin and/or nationality,” the FA statement reads.

After the video was made public, Alli apologized on Weibo, the Chinese equivalent to Twitter.

“I’d like to apologise for the video I posted on Snapchat yesterday,” Alli said on the platform. “It wasn’t funny. I realised that immediately and took it down. I let myself down and the club. I don’t want you guys to have that impression of me. It isn’t something that should be joked about. Sending all my love and thoughts and prayers for everyone in China.”

If his ruling is anything like that of Manchester City’s Bernardo Silva, who was also charged over a “racist” social media post, Alli could be banned for one game and have to pay a $64,000 fine.

The coronavirus, which originated in Wuhan, China, has claimed more than 2,100 lives and infected more than 76,262 others across the globe. Amid the outbreak, there has been an uptick in anti-Chinese racism.