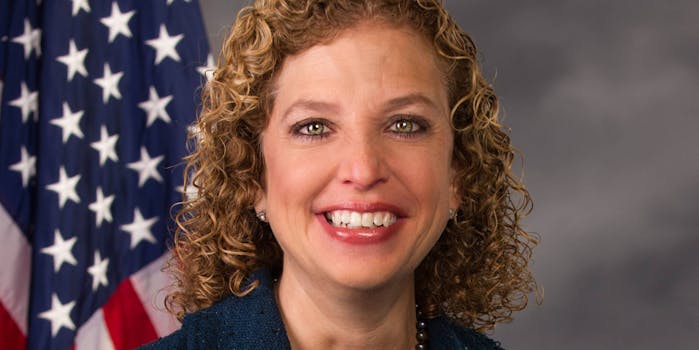 She could appear with a Bernie Sanders lookalike and pull in more money than most adult stars.

Florida Congresswoman Debbie Wasserman Schultz announced she will resign from her position as the chair of the Democratic National Committee this week, after leaked emails showed the DNC favored Hillary Clinton during the primary.

Meanwhile, Business Insider estimates that a woman can receive up to $4,000 for double penetration. So depending on how savvy Wasserman Schultz is at negotiating, she could earn even more.

However, her current base salary is $174,000 a year.  So maybe she should at least wait around for a counteroffer from Vivid.