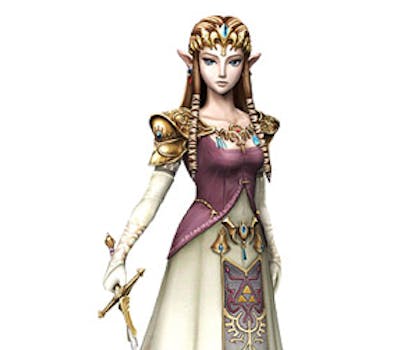 How to be a hero in the battle of the sexes

There’s something so… ‘90s about the Internet these days. Watching the culture wars unfolding online, you’d think Anita Hill was testifying before Congress, and somebody thought the movie Disclosure would be a good idea.

To wit: Businessweek found itself in hot water at the beginning of the week when it launched its annual poll, “Which business school has the most attractive female students?”

Nevermind the fact that this sounded a lot more like Maxim than Businessweek, the article inspired so many pissed off blog posts and snarky tweets that it was removed from Businessweek’s site about a day later. This was not the first time that Businessweek had run this poll, and in the past, if there were complaints, there were not enough for the publication to reconsider the piece (on the contrary, I suspect it was well-read).

However, in the age of Twitter and Blogspot, that’s not how things work anymore. People can rally with startling speed and intensity, and Businessweek folded under the pressure in less than 48 hours.

Major companies can be found on all sides of the issue. Recently, Microsoft has jumped into the fray, taking a stance and letting the gaming community know that users who make “sexist or discriminatory comments” while playing Halo 4 will be banned for life.

After repeated articles, reports, blogs, tweets, and every other form of Internet hue and cry over the blatant sexism in gaming, the move by Microsoft to police its users’ comments for sexism felt momentous—a small echo of what it must have felt like when a state passed the ERA. At least in the world of gamers.

It makes one aware anew of how much, in relatively small interchanges, there are problematic gendered assumptions, even among those who clearly do not have a conscious prejudice.

In a relatively minor but entertaining family dustup on Twitter, Chad “Ochocinco” Johnson tweeted that on the occasion of a recent family visit, he found his grandmother, who is over 80, reading Fifty Shades of Grey on her porch. He felt it was “very inappropriate and disturbing.” He elaborated on his feelings, saying, “at the age of 80+ that type of material is read in private.” Johnson’s mother, Paula, quickly weighed in and told him to leave his grandmother alone and let her “get her rock on.” She later clarified that she meant “rocking chair.”

Obviously, no one wants to think of his or her grandparents having sex, but would Johnson have tweeted that sentiment if he had found his grandfather flipping through an issue of Playboy on the porch?

And not all of these assumptions are as harmless as the interaction among the Johnson family.

If you go to these sites, nearly all of the pictures submitted are of women. Is the assumption that we cannot really do much harm to a man with nude pictures, but that we can hurt a woman by exposing her body, in some sort of Victorian atavism?

The truth is, gender inequality, perhaps more than any other inequality in our society, is deeply complex with so many conflicting dynamics that we may never truly untangle it.

Feelings ran high this week in the gaming community when Tony “Effing” Harris, Starman creator and five-time Eisner-nominee, posted a rant on his Facebook page raging about fake cosplay chicks—attractive women, especially “booth babes,” who go to geek cons in the most revealing costumes possible. They prey, according to Harris, on comic book fans who “RARELY speak to, or NEVER speak to girls. Some Virgins, ALL unconfident when it comes to girls.” Despite the fact that they hang on these guys at the cons, “if any of these guys that you hang on tried to talk to you out of that Con? You wouldn’t give them the fucking time of day.”

Naturally, however, women geeks did not appreciate Harris’s implication that in order to be a “real” geek, they’d have to present their bona fides to some man to judge.

From Harris’s point of view, however, he was reacting to the same injustices that anger women. He was speaking for a group of people that feels disenfranchised in general, and powerless and exploited in relation to the other gender. At a con, a geek is a king. But when the booth babes show up, he’s just another nerd doing a cheerleader’s homework and hoping that she’ll notice him and forget about the quarterback.

And what about the booth babes, themselves? Few seem to have mentioned that they’ve been hired to be ogled and groped by a bunch of men, regardless of how popular they are. In fact, they are being paid to flirt with men they otherwise would not speak to. But is that such a bad thing? Does gender equality mean sexlessness? Should a woman be able to use her sex for her own personal gain if she likes, without being disenfranchised herself?

If you ask me, everyone’s being degraded in that situation. But some people go in that sort of thing.

Progress is made in the battle of the sexes, even if haltingly—Businessweek and Microsoft showed that. But can we ever come to even an uneasy truce? Gender inequality is so messy that sometimes I despair of the hope that anything more than isolated, incremental progress can be made. And yet there are some simple truths underneath all the confusion that I think we can all get behind—truths to provide some common ground to start from.

Mike Hoye, a father and IT professional, was not having his “daughter growing up thinking girls don’t get to be the hero and rescue their little brothers.” So Hoye, whose daughter is three, hacked the best age-appropriate game he could find, Legend of Zelda: The Wind Waker, to make its star, Link, a heroine rather than a hero. Zelda became the prince that she had to save.

The new version of the game struck a chord, generating a lot of—mostly positive—buzz all over the Internet.

Hoye acted out of a basic, human desire. What father does not want his child to, in the words of our writer, “be the hero of her own story?”