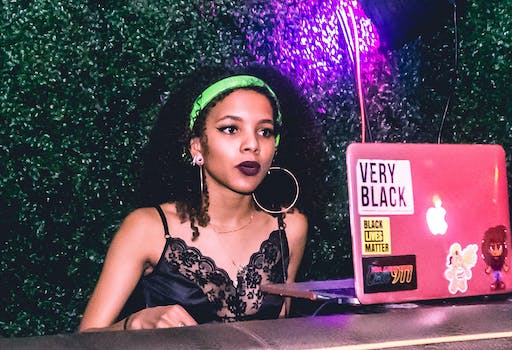 D.C.’s arts scene braces for the age of Trump

For creative women in the nation's capital, the fight starts now.

It’s the brainchild of visual artist Morgan West, founder and director of A Creative DC, a newsletter and promotional feed for creatives in a city best known for dismal approval ratings and a public perception of corruption and complacency. As D.C. hosted the Women’s March on Saturday, where more than 500,000 people protested against Trump and in solidarity for equal rights, the city’s arts scene got to work. It’s what the city does: Amid generations of chaos, business owners and musicians have built on the experiences of their elders.

“The ‘DC is REAL’ campaign is in response to the ‘drain the swamp’ rhetoric that’s oftentimes applied to the city at large,” West tells the Daily Dot. “D.C. is so, so, so much more than just the federal government.”

D.C. gave Hillary Clinton 91 percent of its votes, and Trump only 4 percent because it has traditionally been a Democratic town for the city’s black majority. And sure, in part because Barack Obama’s eight years as president attracted professional progressives from all over the globe. Underneath this surface, however, resides a conscious culture of creative, younger D.C.—of Maryland and Virginia natives, many of whom have left and returned, taking ownership of their mid-Atlantic epicenter. 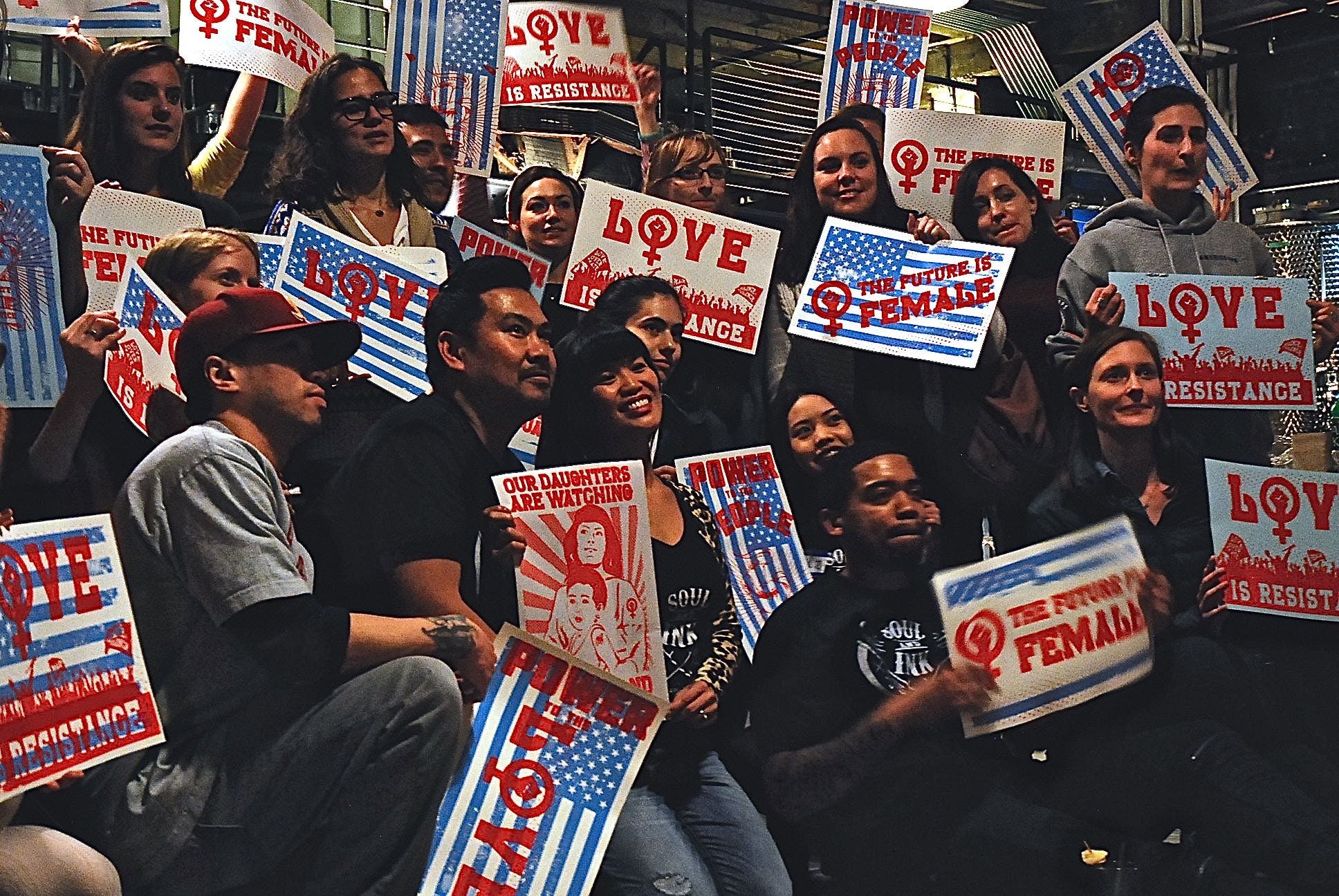 These creative, community-oriented organizations weave a new thread into D.C.’s cultural underbelly, but they’re just the latest in a long line of civic-minded area operatives. Calabash Teahouse & Café, founded by Sunyatta Amen in 2012, serves as a breeding ground. It’s a place where a genuinely kind employee behind the counter will ask you, before you order, how you’re feeling and use your answer to craft a precise blend of herbs to heal what ails you.

The Thursday before inauguration, Amen hosted a detox tea-blending workshop to “get your self-care fixed before your healthcare gets nixed.” A group of a couple dozen crammed into the small teahouse in northwest D.C. to take notes on Amen’s guide to detoxifying herbs and the proper herbal treatments for things like anxiety and blood pressure. In a room full of portrait paintings of Barack and Michelle Obama by D.C. artist Lionel Daniels, Amen suggests that such ailments might become more common in the new political reality.

Meanwhile on the northeast side of D.C., Sherry and Frankie Meneses of Soul and Ink hosted a “resistance poster” workshop at D.C.’s women-owned distillery and cocktail bar Republic Restoratives.

With designs of the American flag layered under the slogan “Power to the people” and “We are all immigrants,” it’s no shock that most of Soul and Ink’s events incorporate political advocacy. The duo has hosted prior events to advocate for intersectionality and in coordination with other D.C. creatives to raise funds for Standing Rock.

It’s symptomatic of a city defined by civic action. When the couple collaborated with 14 artists last year to launch a streetwear collection called KRU, they relied on mentorship from DC Alley Museum artist and curator Bill Warrell. Warrell is a D.C. icon who in 1977 co-founded d.c. space, a venue for underground musicians and artists that operated through the ’80s.

“D.C. is not a swamp,” Sherry Meneses says. “The D.C. that’s on the news is so different from the D.C. that we know. We know so many art activists. It’s a creative, booming community.”

Among the new wave of activist artists is Femme Fatale founder Yasmin Radbod, who cultivated a space exclusively for women to “support one another’s creative and business endeavors.” 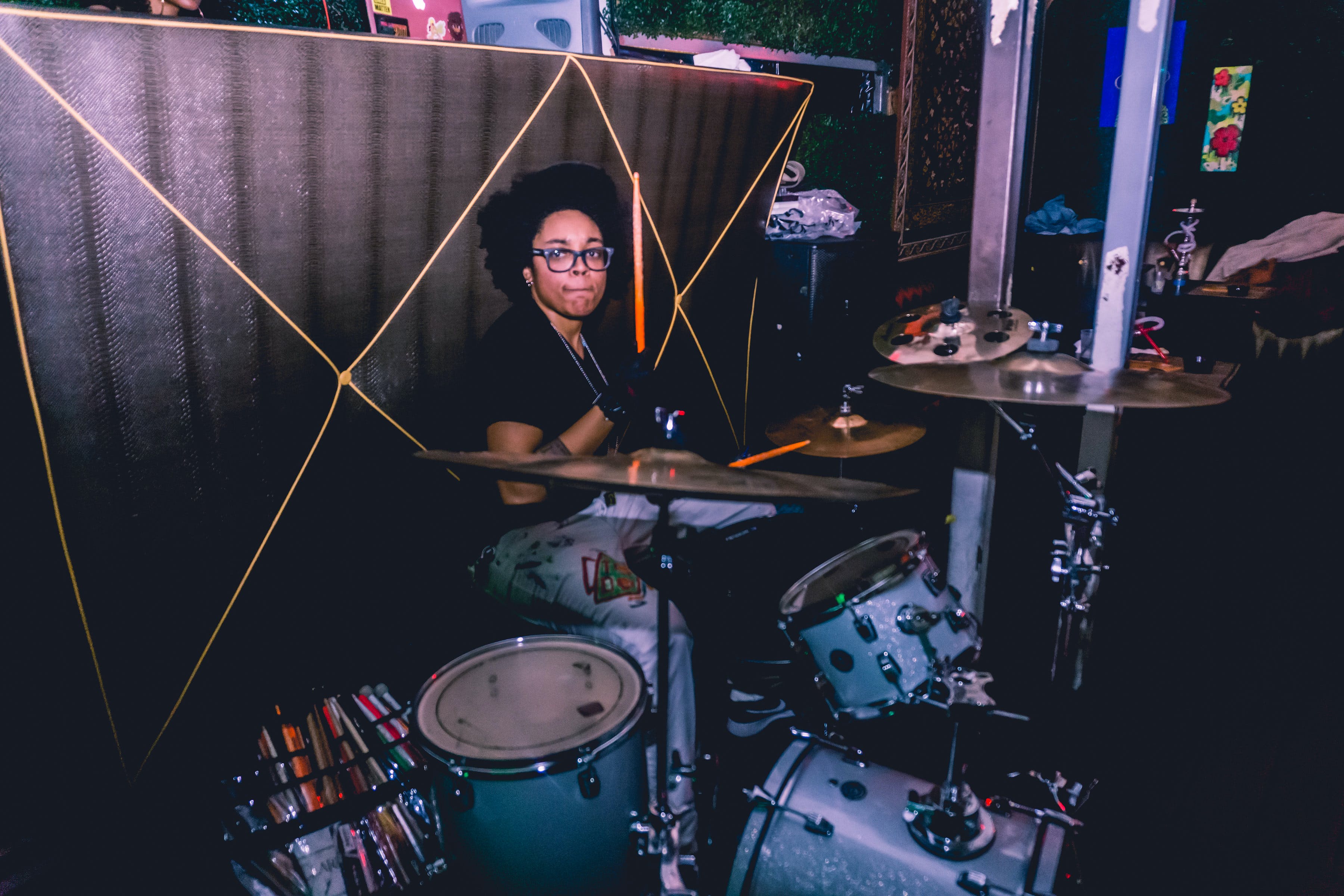 Though Radbod is the main point of contact for Femme Fatale, she rejects the notion of hierarchy and makes it a point to note that the group is open to anybody who wants to participate. That’s a far cry from where Radbod was before Femme Fatale was even a concept.

“I didn’t have women I could turn to, because it’s so cutthroat here, so competitive—it’s that feeling that we’re all against each other on our way to the top,” Radbod notes.

She says it was important for her to create a local, grassroots economy in which women support other women. While Femme Fatale was not a response to Trump’s political climate, Radbod said it was welcome coincidence, or maybe kismet, that Femme Fatale would provide a home base that women didn’t realize they needed until the election. As for the response from men who feel excluded or unjustly segregated, Radbod responds, tongue-in-cheek, “and how does that make you feel?”

As evidenced by the unanticipated magnitude of the Women’s March, not just in D.C., but nationwide and globally, there’s room for women to support one another and the issues that pair with women’s rights. Around here, such events are booked well into 2017.

For women walking away from the weekend with the inspiration and drive to do more in their communities, a budding blueprint can be found in D.C.