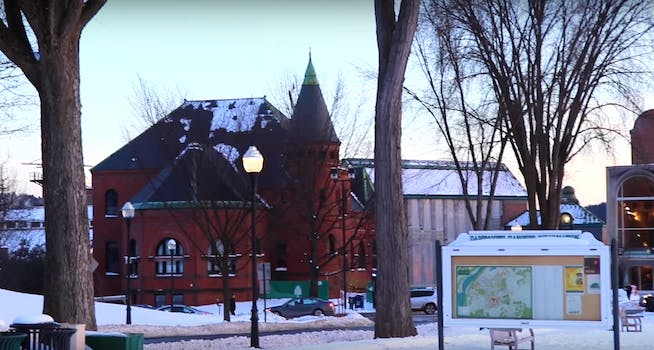 Screengrab via Study to Succeed/YouTube

The professors have been restricted from the campus until the conclusion of the investigation.

The Dartmouth, the college’s student newspaper, reported last week that the three psychology professors were under investigation for “serious misconduct.”

The professors, Todd Heatherton, Bill Kelley, and Paul Whalen, have been restricted from the campus until the conclusion of the investigation.

Heatherton has set up an automatic email reply saying he is on “sabbatical and not monitoring his email account until September 2018.”

The research of the three professors included studies of sexual desire and attractiveness. Few details have been given about the specifics of the allegations.

On Tuesday, Dartmouth students gathered on campus at the Collis Center for Student Involvement. Maggie Pizzo, a junior math major, told the New York Times that placing the professors on paid leave rather than being suspended without pay was disrespectful to whoever brought the allegations forth.

Another female student who declined to give her name said she was uncomfortable about the fact that the administration had apparently known about the allegations for some time and was just now addressing them publicly.

On Tuesday, Dartmouth President Philip J. Hanlon announced the joint investigation and said the college is cooperating with law enforcement on the matter.

“It is important to remember that investigations are ongoing, with no official findings yet produced,” Hanlon wrote. “However, we take these allegations very seriously and are pursuing our own independent investigations in coordination with law enforcement officials.”

Hanlon said sexual misconduct and harassment are unacceptable and have no place at Dartmouth.