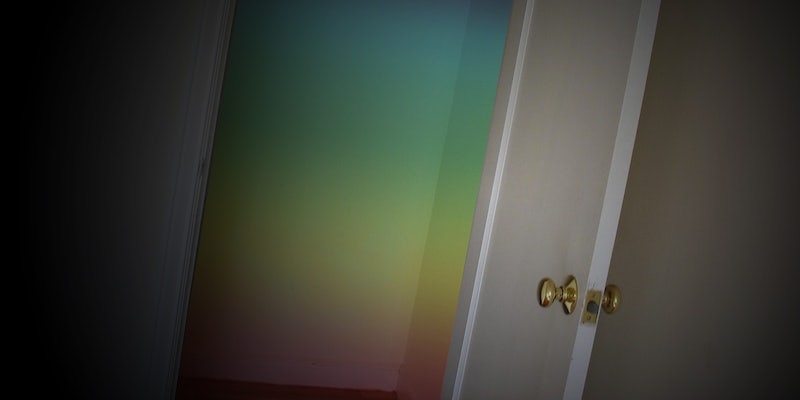 How not to react when your son comes out as gay

"Anger and intolerance are the enemies of correct understanding"—Gandhi

Same-sex marriage is enshrined in law in 19 states, another 21 have banned discrimination on the basis of sexual orientation; the fight for equal rights is slowly being won. But that doesn’t mean it’s not without it’s challenges.

A video has been uploaded to YouTube that shows the ignorance and hostility still faced by many LGBTQ young people across the country today. In it, “Daniel” is in the process of coming out to his family. The tone quickly shifts from disappointment to outright hostility: In the space of 5 minutes and 10 seconds, his family’s message transforms from “I love you” to “you’re full of shit!”

At 3:45 mark it even comes to blows, as Daniel is apparently assaulted.

The video was first posted to the Reddit community /r/gaybros by Daniel’s boyfriend of five months, who reveals that Daniel has now been “disowned” and is  living with a friend. He was apparently presented with a choice: “attend a pray-the-gay-away intervention, or face being disowned by the very people who are supposed to love him unconditionally.”

A gofundme campaign to raise money for Daniel’s living expenses has raised more than $3,000 from almost 70 people in just 7 hours.

There is no reputable scientific evidence suggesting that conversion therapy has any efficacy whatsoever, and can cause a dangerous increase in suicidal thoughts in those that undergo it. In 2013 it was described by Sentator Ted Lieu as “straight-up medical malpractice.”

The Trevor Project offers free counselling in times of crisis for LGBTQ young people across the United States, and the Albert Kennedy Trust supports young people in the United Kingdom who are made homeless or are in a hostile environment as a result of their sexual orientation or gender identity.