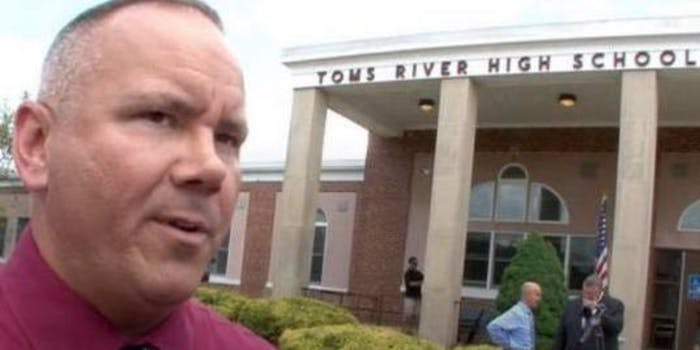 Dan Leonard, a member of the Toms River Board of Education, posted numerous posts on his Facebook mocking the congresswomen, according to screenshots shared by NBC.

He also shared a photo of a Barbie doll with bruises wearing a hijab. The caption of the image said “Sharia Barbie” and “comes with jihab [sic], bruises & Quran.”

New Jersey Lt. Gov. Sheila Oliver said the state’s Department of Education is investigating and, along with Gov. Phil Murphy, is calling on Leonard to resign.

“We are disheartened by the racist comments made by a school board member in Toms River. His hateful language is counter to the best interests of our students and does not represent our values,” Oliver said, according to NBC.

Other politicians are chiming in. New Jersey state Sen. Vin Gopal said Thursday that no school children can “feel safe from bigotry” as long as Leonard remains a board member.

“It’s abhorrent for any person, and especially for a public official, to demonize those of a different religion or to wish death upon them. Our schools must be places of education and understanding, not denigration or hatred,” Gopal wrote on Facebook. “He must immediately step down.”

Leonard remains steadfast on his position and has since defended himself on a Facebook page he maintains called “Team Leonard.”

“I will not give into fear or intimidation by any one person or organization! I am Anti-Sharia Law not Anti-Islam,” he wrote on the Facebook page on Thursday. “Congresswoman Omar has said terrible things about our nation while refusing to condemn Radical Islam …… Her District is the #1 Terror Recruitment Spot in the entire Nation!”

“I never called for her death I merely stated that I could care less if she died from her faux hunger strike while protesting a Federal Government Agency!” he wrote again on Friday. “I stand against Sharia Law & CAIR is a Terrorist Organization! I’m not the problem folks.”

His screenshots were originally reported by the New Jersey branch of Council on American-Islamic Relations (CAIR) earlier this week.