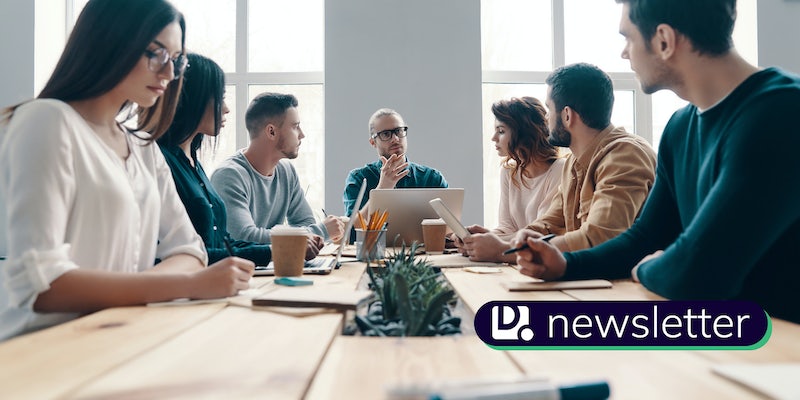 Newsletter: Have you heard these ‘toxic workplace phrases?’

We’ve got stories from across the ‘net today, including: a daughter speaking out against her mother running for Congress on TikTok, fans of Star Wars making racist comments to an actress, and a viral video exposing “toxic workplace phrases” you’ve probably heard while job searching.

Plus, our Culture Editor Tiffany Kelly is filling in this week for the “Now Streaming” column, which dives into the latest season of Stranger Things.

POLITICS: The daughter of a congressional candidate in Florida is making waves online for using TikTok to oppose her mother’s run for Congress. The daughter of Florida state Sen. Kelli Stargel (R) began a series of videos last week captioned: “Do not vote for the worst Mom ever.”

STREAMING: In a sadly predictable move for the Star Wars franchise, actress Moses Ingram is facing racist backlash against her role in Obi-Wan Kenobi, the recently released show on Disney+. Our Culture Reporter Gavia breaks it all down in her full report, which you can read here.

VIRAL LABOR: A TikToker has gone viral after she posted a video that listed out a handful of “toxic workplace phrases” alongside what she thinks they really mean. The worst phrase you hear during job interviews? That the company is “like a family.”

Season 4 of ‘Stranger Things’ packs on the gore

On Friday, Netflix dropped seven episodes of the fourth season of its hit series Stranger Things. (The final two episodes are arriving on July 1.)

Predictably, the series rose to the top of the streamer’s top 10 list and also propelled Kate Bush’s 1985 song “Running Up That Hill” to No. 1 on iTunes—in case you haven’t watched all of the new episodes yet, the song factors heavily into one character’s storyline.

But beyond the praise for the new season and the excitement of being reunited with our favorite characters, who are now spread out in Indiana and California, there’s debate over one major aspect of season 4: the gore.

Stranger Things was never a show for the faint of heart. In the first season, people go missing in an alternate dimension called the Upside Down, where faceless monsters prowl. Multiple characters die through telekinesis. Yet the show, which stars several teenagers, has always felt family-friendly.

That’s mainly due to its huge dose of ‘80s nostalgia and homages to TV shows and movies of that decade, such as E.T., Day of the Dead, and Fast Times at Ridgemont High. This season, however, feels different. There’s a darker tone, which is usual for a series where young characters grow older. But not everyone is a fan. (The following contains some spoilers for season 4.)

“Hello friends just a Stranger Things TW for blood, gore and eating disorders in ep1,” one Twitter user wrote. Others tweeted about not wanting to continue watching the show due to the level of gore. Some horror fans felt the opposite: they applauded the gore.

The first episode of season 4 includes a content warning, since it was released days after the school shooting in Uvalde, Texas: “…viewers may find the opening scene of episode 1 distressing. We are deeply saddened by this unspeakable violence, and our hearts go out to every family mourning a loved one.”

It’s not just the opening scene of episode one that is gory—the season is full of things like bones being cracked, eyeballs pushed out, monsters eating people, and a teen being hit in the face with a roller skate.

The final season of Stranger Things feels more like an adult show while maintaining its campy ‘80s vibes. The series is a fun, quick watch (I finished it in one day) and it has a solid arc for the main villain of season 4, Vecna.

If you’re a person who flinches at the sight of body horror on-screen, though, tread carefully this season. The last two episodes—one of which is more than two hours long—are likely to get even more bloody, as a battle with Vecna is imminent.

But the subtitles can’t get much grosser than “flesh distending wetly,” can they?

Two chefs walked into a kitchen…

Is Home Chef the punchline? Let’s find out. A good chef and a bad chef tried Home Chef, and here’s what happened.

🍽️ Sweden became the center of an online discussion this weekend about the particulars of house guests during mealtimes.

👚 A Black TikToker says she was racially profiled and “attacked” by a security guard at a Zara store.

💸 These stories are becoming too common. A renter in Miami is putting her apartment complex on blast by showcasing the many problems with the building as her landlord raised her rent by $1,500.

☕ A video showing Starbucks workers taking orders from drive-thru customers who are still on line has gone viral and unexpectedly started a debate in the comments about the ethics of the situation.

🏘️ A woman who spent Memorial Day housesitting detailed her journey with neighbors who she originally thought were obnoxiously blasting music and how things ultimately played out.

👪 Gather the family for some G-rated fun. These are the best kids’ TV shows that are actually good.*

⏲️ A TikToker says her boyfriend has a unique way of making sure the fun things he does don’t last too long called “fun timers.” Viewers had mixed reactions to the video.

Now Playing: 🎶“Running Up That Hill ” by Kate Bush🎶