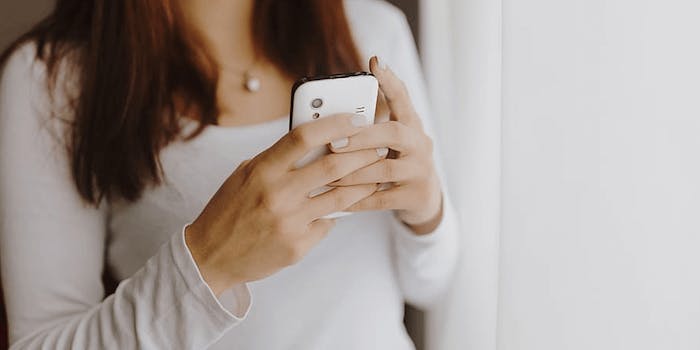 70,000 Tinder photos of women are being circulated in cybercrime forum

It remains unclear what the photos will be used for.

Members of a cybercrime forum are circulating a large cache of more than 70,000 photos of female Tinder users, Gizmodo reports.

The images were discovered alongside a list of roughly 16,000 unique Tinder profile IDs by the New York City Cyber Sexual Assault Taskforce.

Why the data was collected and how cybercriminals intend to use it currently remains unknown. Concerns have been raised that the information could be used to either to harass users or generate fake profiles on other social media sites.

Metadata embedded in the images also show that some of the photos were uploaded to Tinder as recently as October 2019. Other photos reveal what model of phone was used to take them.

A Tinder official told Gizmodo that the company will take whatever action is necessary to have the photos removed, though the data has already likely spread to countless parties online. The company also says it has taken new measures to stop similar incidents from happening again, although details were not provided.

“We work hard to keep our members and their information safe,” the Tinder spokesperson said. “We know that this work is ever-evolving for the industry as a whole, and we are constantly identifying and implementing new best practices and measures to make it more difficult for anyone to commit a violation like this.”

Aaron DeVera, who founded the taskforce that located the data, warns that the photos could be used by criminals and stalkers alike.

“Dumps of data such as this typically attract fraudsters, who use it for making large collections of convincing fake accounts on other platforms,” DeVera said. “Stalkers might use this in a more targeted manner, in an effort to add to a collection of data to use against an individual. Long-term concerns is that these pictures could be used for fraud and privacy violations.”

News of the data issue comes shortly after a New York Times investigation found that major dating apps such as Tinder, OkCupid, and Grindr have been sharing personal user data with advertising companies in a possible violation of privacy laws.